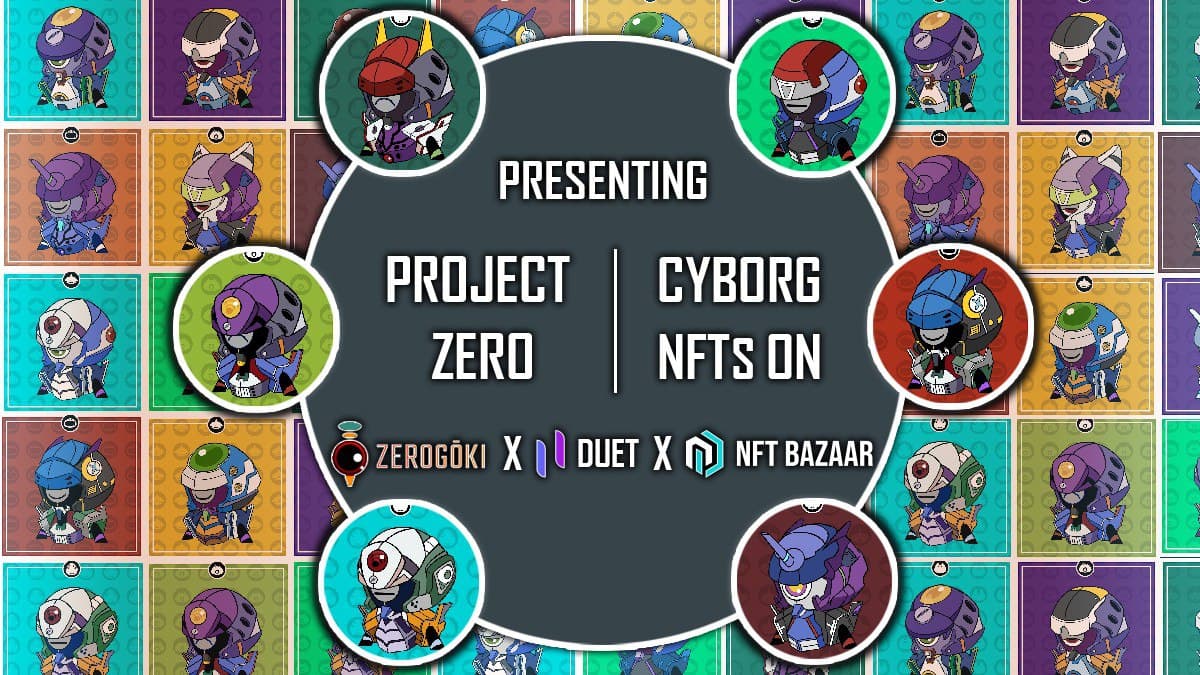 With 5,000 originally minted “The Project Zero” NFTs swiftly coming out since the first round of minting initiated on 30th September, Zerogoki and Duet Protocol has partnered with NFT Bazaar (nftbazaar.network) the second minting phase of The Project Zero has launched on 14th October(at 7 AM UTC )!

Deployed on the Polygon network, Project Zero is a unique crypto collection with a total number of 10,000 Genesis Cyborg NFT. A cyborg — a portmanteau of cybernetic and organism — is a being with both organic and biomechatronic body parts.

The story happened during the period of time when the earth was abandoned by humans, only left with a bleak, harsh view of waste and destitution. The ever-remaining human beings were striving for more survival space with help of the ultimate strength and magic power of those sophisticated Cyborgs, also known as The Project Zero (TPZ), these Cyborgs are the achievements of mankind’s top scientific technology, which are designed to fight against The Black Angels/Apostles threatening the life of human beings.

The Project Zero Token, Wars, Attributes, Planets, Angels，Weapons，TPZverse and mystery prizes are coming soon — — Future spaces and incentives will be released gradually in the community through roadmap activation.

NFT Bazaar (https://nftbazaar.network) is one of the most-used aggregators that offer up to hyper-efficient NFT markets to benefit not only the NFT token holders but also digital artists, musicians, gamers, and all kinds of creative artists out there and providing one-stop NFT issuance, bidding and exchange platform with ease.

NFT Bazaar aims to become the NFT’s top aggregator as well as the exchange platform with full access to the Ethereum ecosystem, and compatible with the Polygon Network (Matic Mainnet).

At present, NFT Bazaar has collected 50,000+NFT contracts and 520,000+ on-chain transaction data, covering 9 categories such as art, collections, virtual world, sports, music, and games. The transaction data is updated in real-time, which is far ahead of other similar platforms. In terms of transactions, it is estimated that the platform can support 1,000+ TPS, and platform GMV will reach 1 Million USD /month. Although NFT Bazaar just launched in 2021, it has fully achieved an impressive average figural record of weekly UV 7,000+ and PV 10,000+, which is further expected to reach MAU 50,000+ by the end of 2021 as to rank among the top 15 global NFT aggregator platforms.

To know more on NFT Bazaar, check out the social links mentioned below: