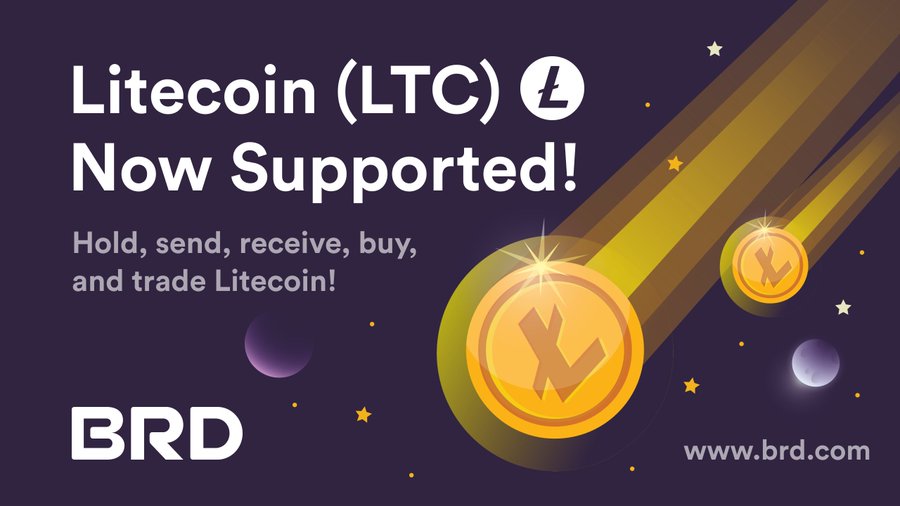 BRD is thrilled to announce Litecoin (LTC) support. BRD has been witnessing significant growth in regions like Latin America, Africa, and India. After performing user interviews, BRD learned that many users are using BRD for payments, where it be as compensation for remote work or to pay for goods and services.

Litecoin is one of the oldest and first forks of Bitcoin dating back to October 2011, created by Charlie Lee. Up to 2011, Bitcoin was mined mostly by GPUs, making CPU mining, or simply mining from one’s computer, impractical. Mining from your CPU was no longer competitive enough to win mining rewards on Bitcoin. There has also been the development of FPGA or ASIC mining rigs, which makes Bitcoin mining even more competitive and expensive.

At the time, there were other projects trying to create “ASIC resistant” projects with mining algorithms that enabled people to more cheaply and practically mine, creating a more decentralized network. But these projects had issues, whether it be unlimited coin supplies, or too much coin allocated to coin creators.

Litecoin is now supported by thousands of merchants and the agenda still pushes forward.

ABOUT Litecoin
Litecoin (LTC or Ł) is a peer-to-peer cryptocurrency and open-source software project released under the MIT/X11 license. Litecoin was an early bitcoin spinoff or altcoin, starting in October 2011. In technical details, Litecoin is nearly identical to Bitcoin.

ABOUT BRD Bitcoin Wallet
BRD is open source. They believe in trust through transparency. BRD core wallet technology is, and will always be, open-source and free. They invite anyone to use their code according to the terms of the MIT open-source license.