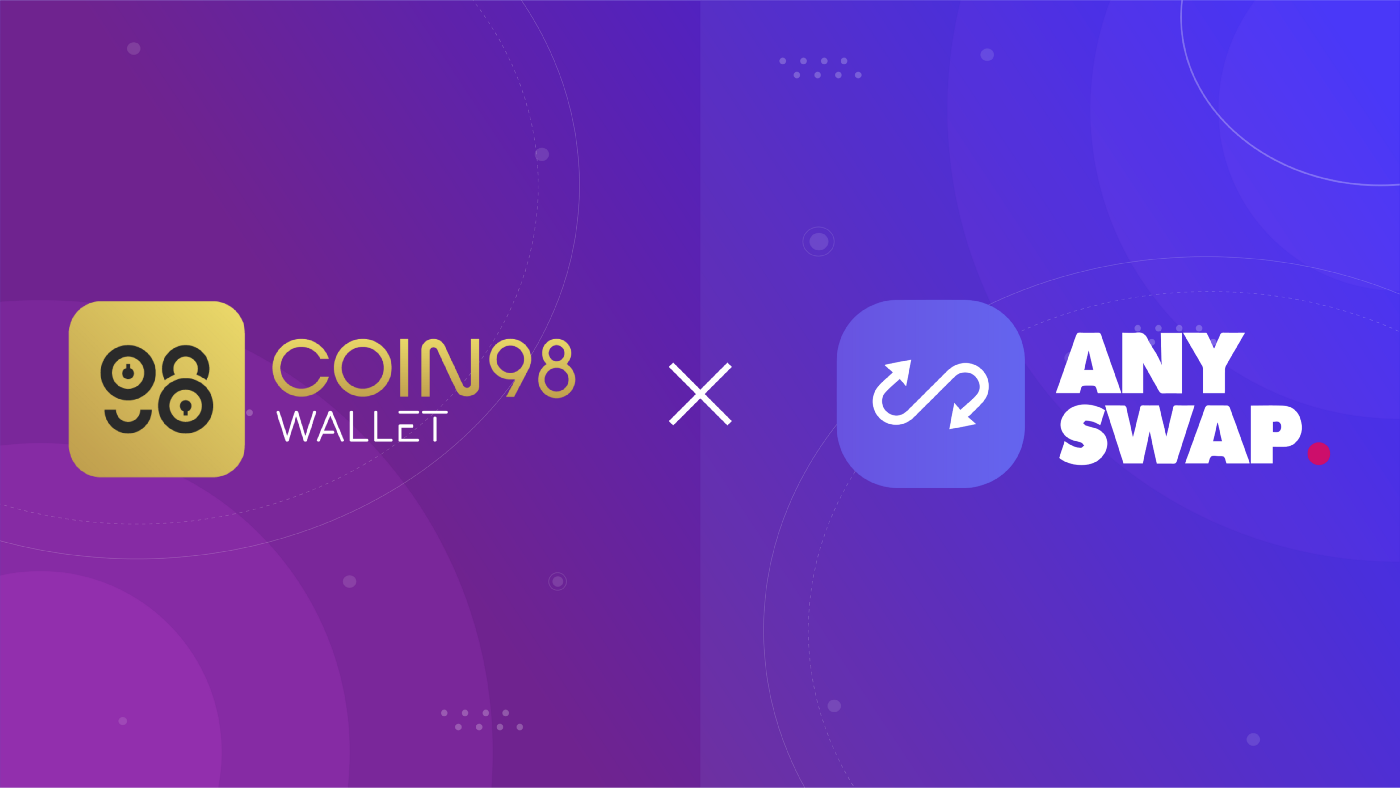 Coin98 Wallet can now be connected at anyswap.exchange.

Anyswap has launched its Multichain Router V3 beta mainnet more than one month ago, this multichain router has three significant features: Non-custodial+MPC, Native Swap, and Multichain Router (This feature allows users to swap between two chains arbitrarily, which reduces fees and makes it easier to move between chains.

For a free listing on Anyswap: https://dard6erxu8t.typeform.com/to/C7RwF08A

Anyswap is a fully decentralized cross-chain swap protocol, which enables any blockchain that uses ECDSA or EdDSA as a signature algorithm access to cross-chain bridge solutions. Anyswap has deployed cross-chain bridges for more than 600 projects and has developed 19 chains since its’ launch on the 20th of July 2020.