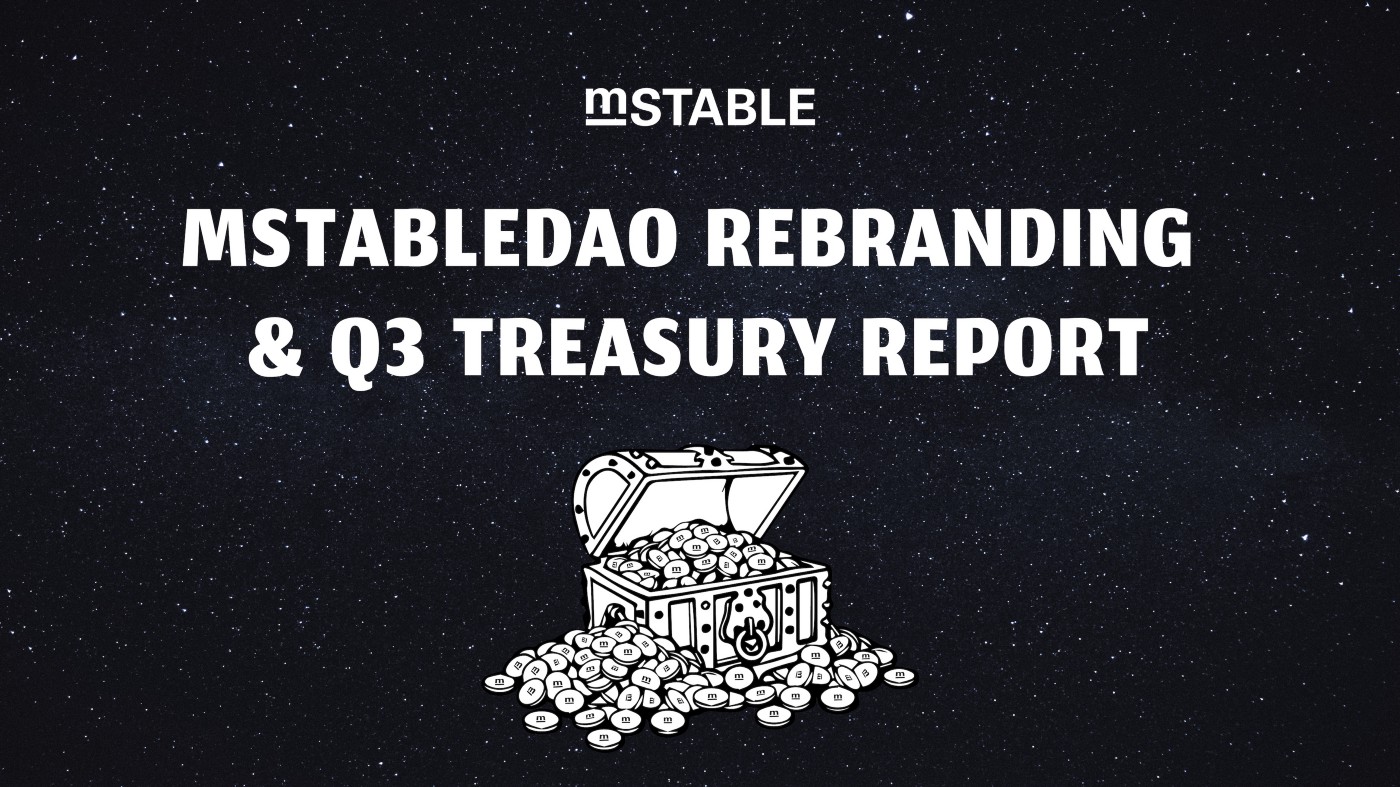 As the mStable ecosystem is constantly growing and evolving, the platform wish to further decentralize aspects of the core infrastructure.

In order to set the groundwork for this, the mStableDAO will now be rebranded as the TreasuryDAO. The reason for this rebranding is simple: The primary use-case for the DAOs in the ecosystem needs to be easy to understand for anyone in the space, old and new. So far, the mStableDAO name suggested that it is the primary DAO of mStable, and that all decisions ultimately run through this governing body.

In connenction with this aspects, the development team decided on a new naming convention that is suitable to the DAO’s scope, which is the custody of the mStable treasury and all of its operations on behalf of Meta Governors.

Productivity Powerhouse & The Road Ahead

TreasuryDAO has set itself the goal of being a trustworthy entity to manage the mStable protocol’s assets. It intend to show that having multiple DAOs and subDAOs can create a highly focused structure that will stay relevant.

ABOUT mStable
mStable is building autonomous and non-custodial stablecoin infrastructure.