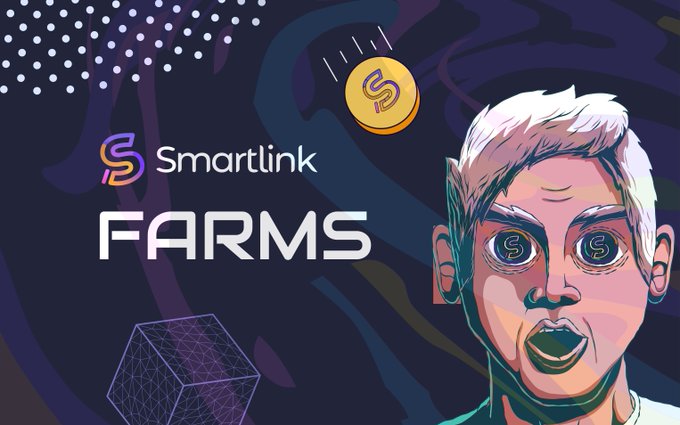 Smartlink is a decentralized Escrow for Web3 and the world’s first sustainable Marketplace for crypto users announced the launch of yield farming on its decentralized exchange Vortex v. 1.2 and is growing its reach in DeFi.

According to Smartlink’s announcement, there will be liquidity farms for a wide array of Tezos-based tokens like SMAK, ETHtez, USDtz, tzBTC, hDAO, Plenty, Ctez, Crunch, kUSD, and QUIPU (FA 1.2 and FA 2.0).

Within Vortex, LIGO Lang is auditing the farming smart contracts. Ligo Lang is a Tezos development studio and provider of comprehensive smart contract languages for Tezos.

A remarkable feature Smartlink improved in its second version of Vortex is its robust analytics suite, which includes swift transactions. This second edition also came with bug fixes and a new proprietary indexer that permits operations to flow smoothly with fast confirmations.

Also, some technical issues in its previous version were addressed in Vortex 1.2.

Smartlink is as concerned with the positive end-user experience as much as it is dedicated to technical improvements and bug fixes when it developed Vortex v1.2.

Smartlink is Building the Future

Smartlink has been successful in attracting over $10 million in Total Value Locked, and it offers its clients a tremendous amount of functionality. Not only does the platform give its clients the ability to exchange tokens, but it also has a range of DeFi services.

Yield farming is hot for a reason. In the established financial system, it is very difficult to gain any yield. Most bonds offer less than 3% per year, and when inflation is taken into account, investors are actually paying to loan the government money.

At Smartlink, this is turned on its head. Staking pools at Smartlink offer competitive yields so that Smartlink users can gain from their crypto holdings.

A Platform that is Built to Grow

Unlike many of the platforms in the DeFi arena, Smartlink uses Tezos. Ethereum-based platforms struggle with slow speeds, as well as costs that can be prohibitive to smaller traders. With Smartlink and Tezos, these worries simply don’t exist.

Transactions on Tezos are fast and inexpensive, although they aren’t free. In order to use Smartlink, you will need to have a Tezos wallet and be ready to pay some small fees in XTZ in order to use the Smartlink platform.

The upside is that Smartlink is much cheaper than a platform that uses Ethereum, so while the Ethereum crew is waiting for ETH 2.0 to go live, you can be trading, staking, and earning with Smartlink.

With more than $10 million in TVL, and a wide-reaching platform, Smartlink is getting ready for its next growth period. The platform offers a range of useful DeFi services, and unlike Ethereum-based platforms, Smartlink is cheap and fast to use.

There is also a fully sustainable launchpad coming from Smartlink, which will be great for the platform, and the Tezos ecosystem as a whole.

Smartlink will work seamlessly with some of the most popular Tezos wallets.