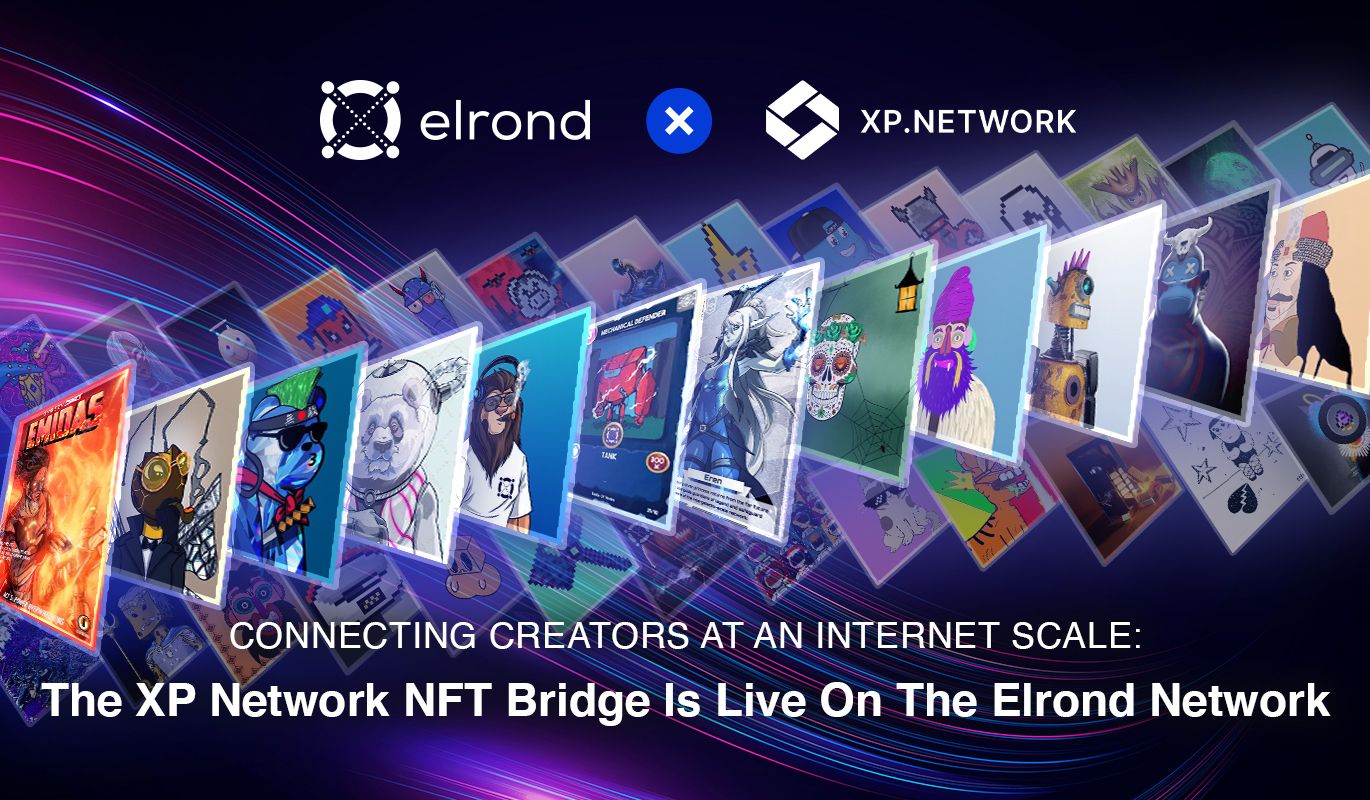 This will enables a direct connection between the massive NFT ecosystem of collections and communities with the low costs and fast transfer speeds of the Elrond Network.

It is now possible to mint entire NFT collections at low costs on the Elrond Network and put them up for sale on established platforms such as OpenSea, or move your favorite pieces over to Elrond Network, to further own and manage them in a much more efficient manner.

“The XP Network NFT bridge going live on Elrond signals a massive wave of interoperable creative opportunities, one that will grow beyond the confines of existing ecosystems. The fast and inexpensive transfers enabled by our protocol, combined with the intuitive simplicity of Maiar, will enable the Elrond ecosystem to be at the forefront of true ownership in the internet-scale Metaverse.” said Beniamin Mincu, Elrond Network CEO.

“We have been working closely with the Elrond team for months, and are ready to take things a step further. XP.network JS API library will now be integrated into Elrond’s framework, making it easy for developers to introduce chain-agnostic NFTs as part of new Elrond-based projects.” said Nir Blumberger, XP.network CEO.

Elrond is the internet-scale blockchain, designed from scratch to bring a 1000-fold cumulative improvement in throughput and execution speed. To achieve this, Elrond introduces two key innovations: a novel Adaptive State Sharding mechanism, and a Secure Proof of Stake (PoS) algorithm, enabling linear scalability with a fast, efficient, and secure consensus mechanism. Thus, Elrond can process upwards of 15,000 transactions per second (TPS), with 6-second latency, and negligible cost, attempting to become the backbone of a permissionless, borderless, globally accessible internet economy.

XP Network is the first comprehensive cross-chain bridging solution designed specifically for NFTs. It allows sending minted NFTs between more than 10 chains in seconds – for instance, transferring an Ethereum, BSC or Solana based non-fungible assets to Elrond.

The true power of XP.network lies in the fact that it can be integrated with any blockchain network, regardless of the type of virtual machine and programming language it uses. The project’s ultimate vision is to build a unified future.