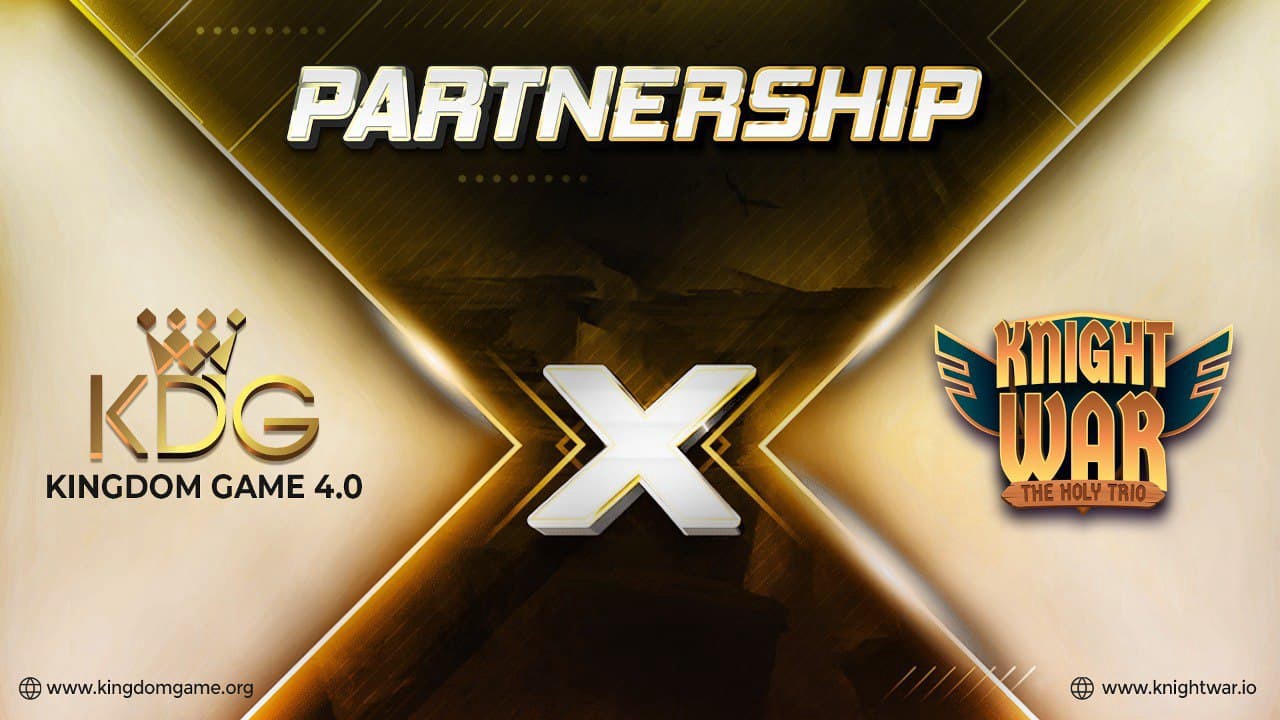 KingdomGame announces its newest strategic partnership with Knight War. This is the giant monster in the blockchain gaming industry, so they believe that it is going to mark a milestone for both parties.

Knight War’s game players will be granted access KDG’s ecosystem with a variety of outstanding features, especially Kinglive — The Leading NFT Game Streaming platform integrating NFT marketplace. Besides, KDGers will have the chance to get the first and exclusive access to Knight War’s game. This is a great investment opportunity for any KDG holders who are looking to hop on and make profits from the Metaverse trend.

The Holy Trio will be listed on Game Hub of KingdomStarter, so that all game lovers can easily access and play Knight War. With huge numbers of users from both projects’ social media channels, they can support each other in mutual marketing activities. Users from KDG and Knight War can easily create, swap and auction NFTs between both platforms in the near future.

Both parties can expand respective community networks and create greater exposure for native tokens & future development of both projects. Both parties will share resources in the fields of technology and NFTs to help the other become stronger.

Knight War — The Holy Trio is an upcoming Play-to-earn game in the style of the Idle Defense Genre, built on Binance Smart Chain and later Polygon Layer-2 Scaling Solution to utilize its low fees, fast transaction speed and large user base. Craft the best weapons and build your team of 5 to defend your Castle and fight other players!

Kingdom Game 4.0 is one of the pioneers in the blockchain game market that helped to bring a game-changer to the gaming industry by transforming gaming from a mere pastime to a high-paying side hustle, or even a full-time job.