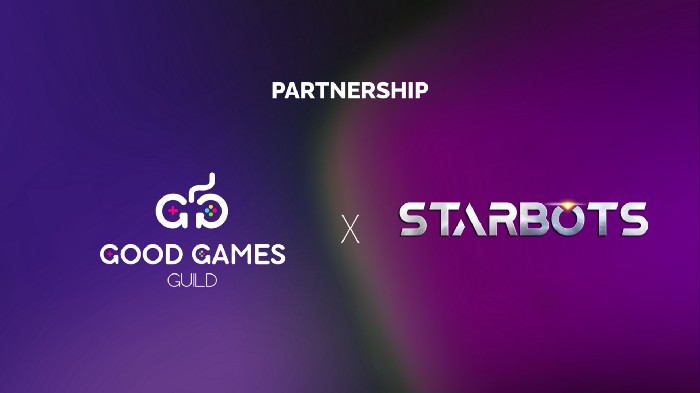 Good Games Guild is very proud to officially announce that they have formed a strategic partnership with Starbots — the first-ever playable robot battle NFT game on the Solana ecosystem.

The partnership is expected to make an attractive gaming infrastructure dedicated to NFT Games and built for the community.

Starbots is a BattleBots-inspired universe and the first-ever robot battle NFT game where players create fantasy robots to fight against other competitors, then collect NFT items and GEAR tokens. Robots come in a variety of shapes and sizes. The body, weapon, gadget, and wheels are the four components of a complete robot. Players are allowed to collect these various parts, build and power up their own robots. Players can gain GEAR tokens through strategically assembling robots, winning battles, completing missions, and conquering new lands.

Starbots is structured to be a journey across different planets in a galaxy parallel to the human universe. Being in character with the intelligent Stardogs, players’ mission is to collect & customize their own fighting robots to attend battles and complete missions. Throughout the Starbots adventure, players will be able to engage in not only a profitable but also entertaining gaming experience, such as:

Battles in StarBots are at war, but they are not fighting directly. Instead, players design and build powerful battle bots to crush each other. In StarBots, you have the opportunity to take part in this fierce competition and beat the enemies. The actual battles play out automatically — your skill is used in crafting a powerful bot. Once you have built a war machine, battle against real players in fast and hilarious PvP action. The playing StarDogs don’t hurt themselves, they prefer that the bots take the damage instead.

Starbots is developed by Gamee Studio, a combination of passionate game creators and enthusiastic blockchain experts. Currently, with more than 30 employees, Gamee is one of the leading game studios in Vietnam. In the past 2 years, Game Studio has released games that were ranked in the top 10 of the U.S.Google Play Store. With years of experience in the gaming world, an artsy eye for the visual, and a creative mind in gameplay, along with the help of the pioneers in the blockchain space, Gamee is positive on the outlook of Starbots.

Good Games Guild is a gaming hub that aims to create the largest virtual world economy by sponsoring millions of play-to-earn gamers, investing in play-to-earn games along with their in-game assets, and building tools that will enhance the future of gaming and the metaverse.