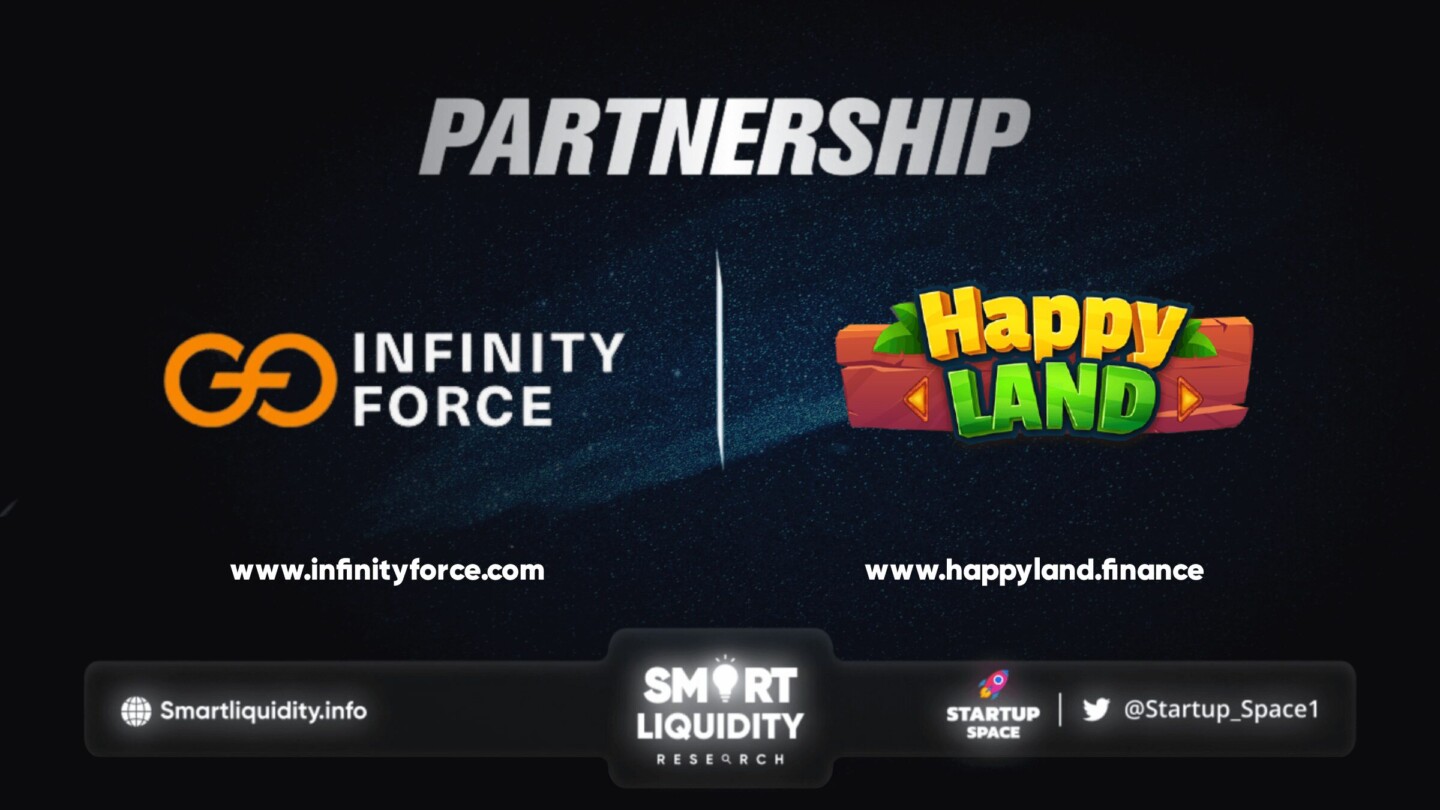 Infinity Force is extremely delighted to announce partnership with HappyLand, a play-to-earn gaming platform on the blockchain.

HappyLand is bringing the FarmVille success to the blockchain.

FarmVille became the most popular game on Facebook in 2009 and held that position for over two years.

At its peak, in March 2010, the game had more than 80 million monthly active users and daily users peaked at 34.5 million.

HappyLand builds on this proven game concept and revolves around various aspects of farmland management, such as plowing land, planting, growing, harvesting crops and trees as well as raising livestock.

After connecting their wallet to the platform, players initially start with a farmhouse and a warehouse.

They can purchase extra farmland with different rarities and various productivity levels.

On top of that, players can develop their own seed at the techlab, allowing each player to be creative and develop unique farming strategies.

At a certain stage, farmers can unlock factories and implement machinery into their farming.

HappyLand is a play-to-earn gaming platform on the blockchain, inspired by the Texas countryside in the USA. Immerse yourself in the role of a farm owner cultivating crops, breeding livestock, and building a bountiful farm you can earn profit from. Together, players participate in building a multi-farm metaverse with their own unique custom styles.