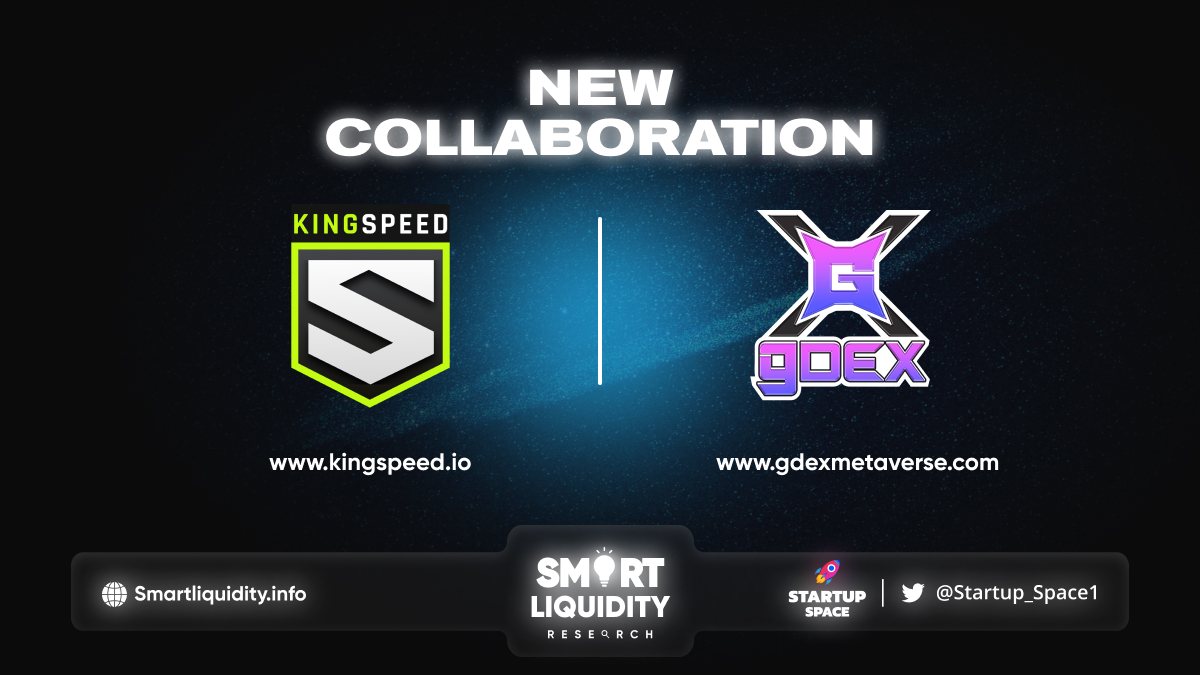 GDEX — a decentralized finance gaming platform and exchange, is thrilled to announce partnership with KingSpeed to onboard the game as one of its first games.

Under this new partnership, KingSpeed will be one of the earliest games to join the gDEX Metaverse, leveraging gDEX’s capabilities to enable interoperability across their game while also taking full advantage of gDEX’s metaverse passport and metahub features to enrich the gaming experience of their players.

KingSpeed is a Free-to-play and Play-to-earn blockchain-based racing game where players utilize NFT cars and equipment to challenge other players in a huge and ever-expanding racing world.

In Kingspeed, users can collect rare virtual items including Cars, Drivers, Gears, and Race Tracks. Furthermore, they can use their collectibles to race in racing games. The design of the collectible components of the game simulates traditional scarcity-based collecting games. Over time, the racing game will contain multiple game modes and activities, allowing users to earn rewards while playing the game.

The goal of the team is to combine both Free-to-play and Play-and-earn models into their gaming system, allowing everyone to start playing the KingSpeed game without having to pay a large amount of money to acquire NFTs at the beginning. They give all users the ability to claim and use a simple & generic NFT car with the same basic stats, although NFT cars that are more unique or in special collections will have more advantages than the free, generic NFT cars.

What can games do with gDEX?

With gDEX, games can enable true interoperability within their games where their assets can be interoperable not just between individual players, but also between different games and platforms, all thanks to gDEX’s groundbreaking PRISM NFT standards.

On the community building and scaling front, there is the Metahub, which is an interface within gDEX that allows players and guilds to start their professional gaming careers. With the Metahub’s GameFi Missions, players can contribute to the growth of a game by completing missions that promote community growth and improve the player base experience, and be rewarded for doing so. This provides an incentivized way to grow a game while also enhancing the earning potential of its player base.

Revolutionizing the world of gaming, one game at a time.

gDEX intends to onboard the next billion users of crypto, and that can only happen with a critical mass of quality games available for users to choose from. With that in mind, gDEX is continuously securing new partnerships with creators of both existing and new games to come onboard the gDEX Metaverse.

Over the next few weeks, gDEX will be announcing even more partnerships as they continue to build bridges with key strategic partners. Keep an eye out on their twitter and community channels for the announcements!

KingSpeed is a Free-to-play and Play-to-earn blockchain-based racing game where players utilize NFT cars and equipment to challenge other players in a huge and ever-expanding racing world.

The gDEX (Decentralized Finance Gaming Platform Exchange) is a revolutionary Play to Earn platform powering gamers, creators, and guilds in the Metaverse.

gDEX Metaverse acts as a unified GameFi layer enabling interoperability across the metaverse which hosts a suite of robust chain agnostic no-coding needed tools & DeFi fueled GameFi token economy for gamers to maximize the value of their effort, for creators to create & onboard games easily, & for guilds to manage & grow their guilds like never before — all attached to their unique metaverse passport.