Chirpley Public Round Raise on Lithium! 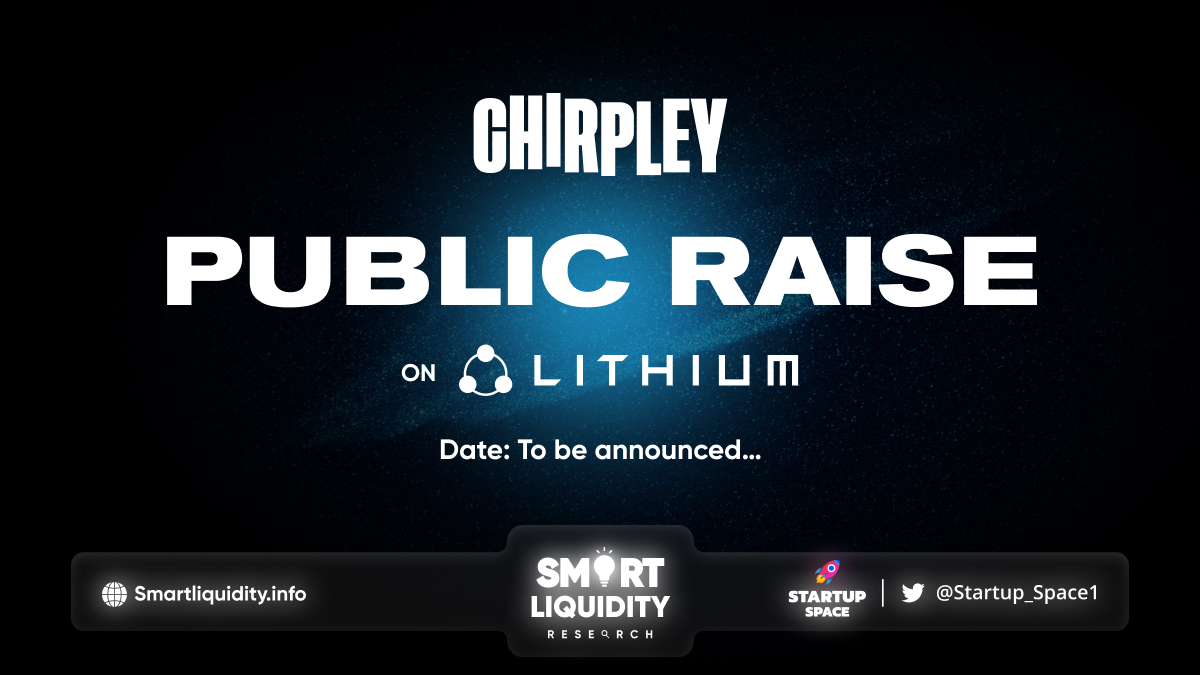 Influencer marketing is one of the most rapidly growing sectors of the marketing industry. Anyone with access to a platform and a following has the power to influence an audience, which brands are attempting to capitalise. Twitter, Instagram, Snapchat, TikTok, Meta, you name it — we are spending more and more time of our lives on social media platforms, making them a lucrative space to drive marketing efforts.

Chirpley is an independent and fully decentralised marketplace to match brands and businesses with nano (1–5k followers) and micro-influencers (5–50k followers). Brands have been slow to realise that targetting smaller influencers is more lucrative, as their engagement level is almost 600% higher than for big influencers — Chirpley allows exactly this by giving both brands and influencers free access to its platform to connect.

Chirpley is the world’s first decentralised peer-to-peer influencer marketplace. A decentralised ecosystem powered by artificial intelligence and machine learning, which matches nano and micro-influencers with brands. Chirpley’s algorithm then calculates a fair price for a range of services from tweets, retweets, likes, video posts, etc. based on an influencer’s amount of followers and engagement.
This allows brands to easily and effortlessly leverage a large number of smaller influencers with complete cost transparency, while creating earning opportunities for smaller influencers themselves.

$CHRP is the utility token that powers the Chirpley ecosystem. The $CHRP token works as follows: Chirpley offers brands the possibility to either pay a 10% fee on top of their total campaign budget, or a 5% fee on top if they decide to pay in the $CHRP token. Influencers then receive however much of the budget was allocated to them minus a 10% handling fee.
Ultimately, 80% of all Chirpley revenue is used to further develop its ecosystem (marketing, development, community, user rewards, etc.), while 20% of the revenue is used to buyback and burn tokens.

Lithium Ventures is a Crowdfunding Launchpad built on the Polygon Blockchain. We democratise the early investment process by providing frictionless access to users looking to invest in blockchain projects at the earliest possible stage.