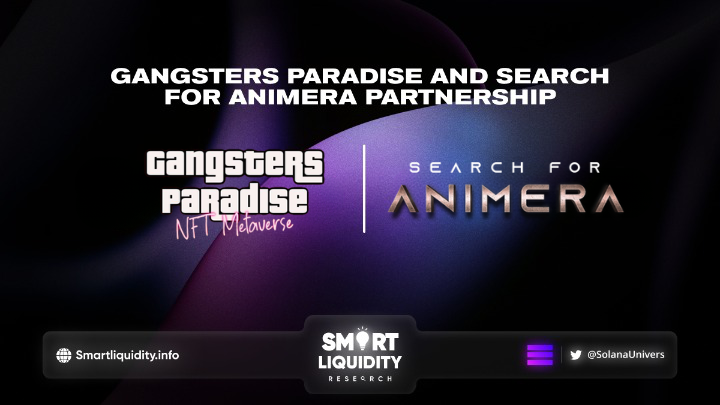 Gangsters Paradise is an expansive World where gangs battle to defend their Territory, launching soon on Solana, announced its partnership with Search for Animera.

Like Gangsters Paradise, Search for Animera will release a collection of playable NFTs for its space-themed MMORPG, with huge benefits for its users.

“As a big fan of the series Firefly, I cannot think of a better combination than gangsters and space. I look forward to seeing what both teams will be able to build together!” — Nicolás Verderosa — CEO of Gangsters Paradise.

On top of that, both teams will be working on cross-marketing strategies and introducing both projects’ communities to each other, through joint AMAs.

“Web 3.0 is the perfect place to build partnerships in this exciting space. We’re excited to partner with the team at Gangster’s Paradise” — General Kahn — CEO and Founder of Search for Animera.

The game will allow users to fly smoothly from deep space to 5 unique planetary surfaces without loading screens. And explore an infinite procedurally generated galaxy in three game modes (exploration, story, and PVP).

Composed of 10+ talented individuals with experience in digital video production, game development, and blockchain application development, the Search for Animera Team is putting together an AAA-grade game to be released in 2023.