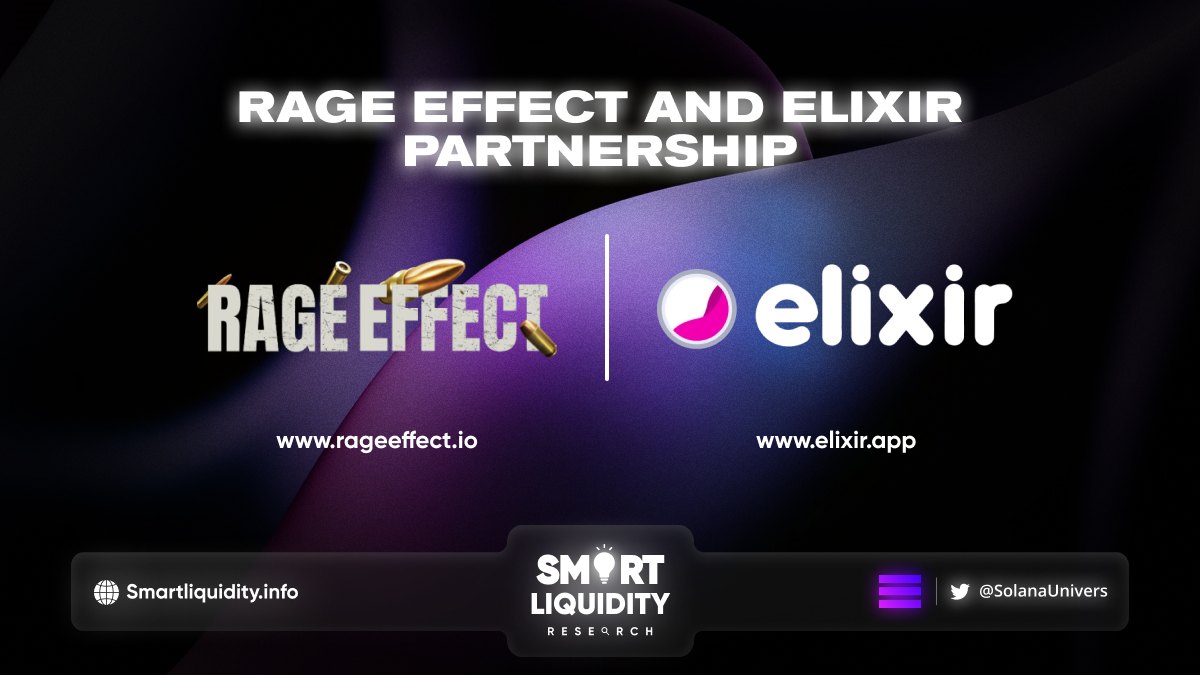 Rage Effect partnership with Elixir will result in new activities that leverage on their complementary marketing synergies.

Elixir is a platform that offers cutting-edge distribution technology for web3 games, allowing them to distribute their games privately and publicly, increasing sales, accelerating user acquisition, and unlocking new business and game models by making web3 games accessible to the masses with a strong emphasis on the network effect enabling players to become active participants in their favorite games.

Rage Effect and Elixir Together

Weekly game events and competitions will be held by Rage Effect and Elixir Games to increase community engagement from Elixir to Rage Effect. This relationship will support community growth through game distribution as well as a growing number of other collaborations.

Both projects’ teams will work together to develop new efforts that leverage on their complementary marketing synergies.

Rage Effect and Elixir Games share a mission of offering high-quality games to the public that promote enjoyment and competitiveness. They want their gamers to enjoy themselves and be enthusiastic about their games!

The agreement asks for Rage Effect to be provided via the Elixir Platform. As well as notice of any future upgrades and related advancements for the game.

Furthermore, all current and future Rage Effect NFTs will be publish in Elixir, improving project visibility.

Rage Effect will join Elixir as a gaming partner and will receive assistance with the launch of their multiplayer game. Rage Effect beta will be available in 2022 for use on the Elixir platform and will run on top of Microsoft’s Windows 10 operating system.

Elixir Games is a pioneer in the play-to-earn, blockchain gaming sector, with early titles such as Light Nite and Monstropoly.

The Elixir Game Platform, through which game studios can access a full range of services to ensure successful game launches: from co-marketing (via airdrops, tournaments, and game events) to distribution (via the Elixir launcher) and a full incubation service to enhance gameplay, marketing, tokenomics, and much more.

Rage Effect, a Solana blockchain-based community-driven PvP and PvE FPS that introduces a new gaming genre and a Play-and-Earn system. The genre is a hybrid of shooter, survival, and exploration elements, with a Counter-Strike-style feel and dynamic gameplay by guilds that encourages teamwork to help players survive and win rewards.

The terms blockchain gaming and first-person shooter are rarely use together. These features have been merged into a free-to-play & play2earn game that allows users to earn, spend, and even bet with their $RGE tokens. NFTs can also be purchased, collected, and used by players to enhance their game experience. Gamers have the ability to personalize their characters, weapons, and loadouts, allowing them total control over their experience.