Pocketful is Building on SKALE 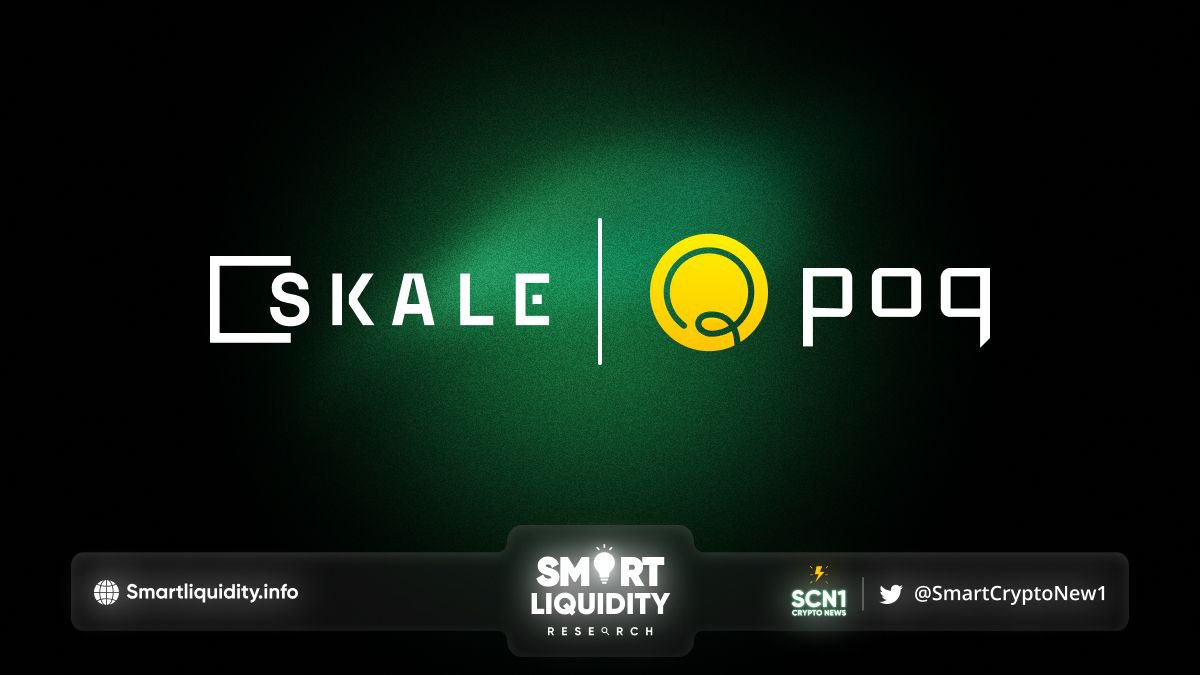 Quarters are fully regulatory compliant and are designed only for gameplay with no speculative value. In addition to the seamless transfer of tokens across hundreds of games and genres, POQ’s patented Zero-Click technology enables players to earn and spend Quarters simply by taking actions within games.

The company also launched its Q2 token. Quarters and Q2s are a two-token buy-and-burn system, where Q2s are the decentralized governance token for the Players’ DAO. The Q2 token-holder community can vote on grant opportunities for game developers and crowdfund specific game projects. The DAO empowers all participants with the opportunity to own and govern the future of video games and gaming in the metaverse.

Pocketful of Quarters aims to empower players and provide interoperability to transform the games industry. Backed by an all-star team of investors and advisors like Tim Draper (Draper Associates), Michelle Phan (Co-Founder of Ipsy), and Chris Cross (Formerly of Blizzard Entertainment, THQ, EA, and DreamWorks Interactive).

Partnering with SKALE allows for fractional nodes, a resource for developers interested in blockchain, to have a solution with the best cost-performance metrics without compromising transaction speed. “SKALE’s ability to fractionalize nodes and their unmatched scalability is a perfect match with POQ’s SDK for integrating web2 video games away from servers and onto Blockchain creating interoperability for the masses. Making games better for players and developers worldwide.”  —Timothy Tello, COO

ABOUT Pocketful of Quarters

Pocketful Of Quarters offers the first and only compliant and interoperable game token on the blockchain.