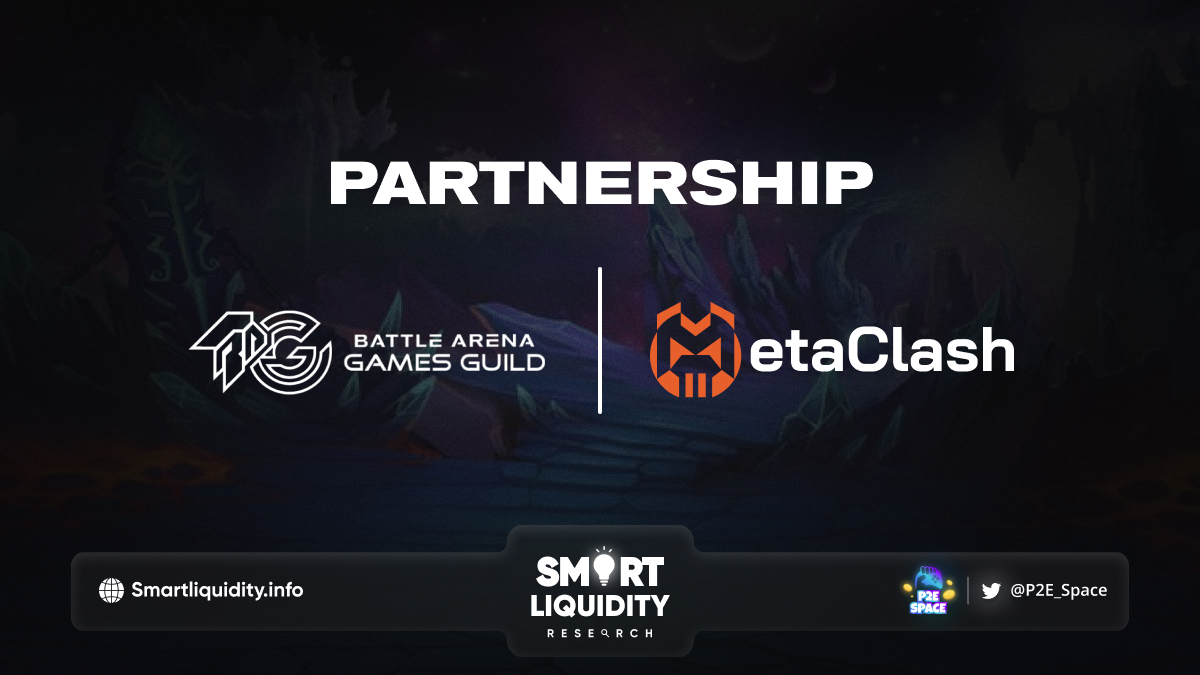 Battle Arena Games Guild’s partnership is finally sealed with MetaClash: Digital Avatars of Destructions, a blockchain game powered by Unreal Engine that is set in a post-apocalyptic science fantasy metaverse. The collaboration was initiated at the recent Web3PH Festival, where the representatives of both initiatives met.

With this partnership, taking a new approach to NFT-based titles by incorporating a supportive ecosystem of decentralized autonomous organizations (DAOs) and tokens is at the top of their goals.

MetaClash: Digital Avatars of Destructions makes use of native blockchain technology, allowing players to enjoy a seamless Play-and-Earn gaming experience. Gamers will be divided into three factions and automatically become a part of the larger project spectrum. Including RPG narrative experiences, native $PCORE staking, and governance.

MetaClash: Digital Avatars of Destruction, and its vehicles are the eponymous D.A.D.s that players will use to crush, skewer, blast, and ram each other into the dirt.

Being meticulously built on the lauded Unreal Engine, MetaClash will seamlessly blend exceptional graphics with a science fantasy setting to create a hyper-realistic and also engaging world that players can battle — and die — in.

A Metaverse Beyond the Game

Individuals can be both competitors and landowners within the MetaClash ecosystem. Participating in the selection of new tournaments and receiving a portion of the winnings when the winners are determined.

The Battle Arena Games Guild platform is designed to be the ultimate one-stop GameFi destination for traditional and esports gamers, GameFi gamers, athletes, and also KOLs to connect and build the future of GameFi. BAGG empowers all stakeholders to contribute and also earn from the bridging of the two worlds.

Battle Arena is the largest esports company in Southeast Asia. They have the partners, reputation, community, and also expertise to bridge the gap between traditional gaming and GameFi.