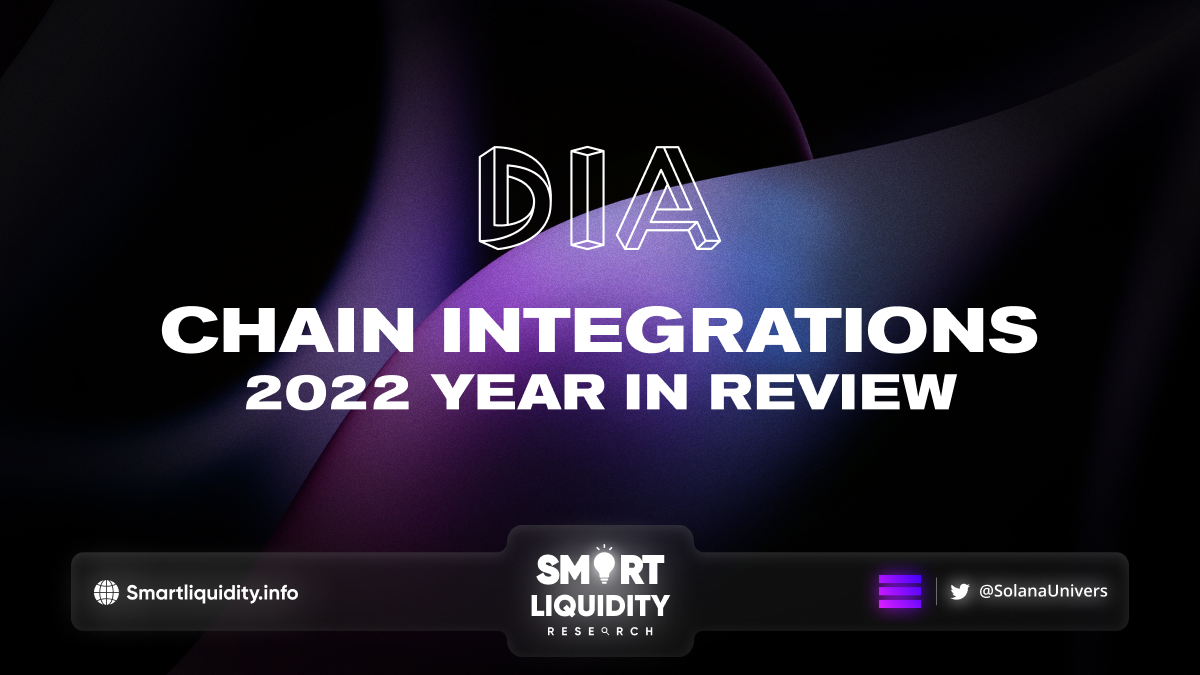 This DIA 2022 Year in Review: Chain Integrations saw the constant development of new L2s tailored to specific uses and applications. These networks are now brimming with builders, users, and liquidity. In 2022, DIA will continue to enable this expansion by integrating with 10+ networks.

DIA is integrated with and ready to deliver Oracle services across 30+ layer 1 and layer 2 networks as of December 2022. The DIA Ecosystem page contains a complete list of all networks.

List of all blockchains with which DIA has been integrated in 2022:

Optimism is an L2 blockchain designed by Ethereum developers for Ethereum developers. End-to-end oracle services from DIA are now available for Optimism builders, facilitating the safe development of DeFi and NFTfi decentralized applications on the Ethereum Optimistic Rollup.

Astar Network is a decentralized scalable blockchain for the next big Web3 innovations. The network facilitates the development of dApps using EVM and WASM smart contracts and provides developers with true interoperability via cross-consensus messaging (XCM). DIA is the first Oracle provider to connect its infrastructure to the Astar Network. On the network, DIA also provides WASM-compatible oracles.

Evmos is an Ethereum blockchain that is scalable and interoperable, based on Proof-of-Stake with fast-finality. The platform is bringing the world of Ethereum-based applications and assets to the interoperable networks of the Cosmos ecosystem, all while aligning developer and user incentives, with over $3 million in TVL. DIA has integrated its open-source Oracle infrastructure with the Cosmos ecosystem’s Evmos.

Neon is an Ethereum Virtual Machine with Solana’s scalability and liquidity. The Neon EVM is a synergistic solution for anyone looking to scale Ethereum dApps on Solana in a developer-friendly manner while also tapping into the vibrant Solana ecosystem. Neon has a transaction throughput of over 2000 TPS and gas fees of less than 0.000020 $SOL per transaction. DIA now provides accurate and transparent market data to Ethereum-native applications migrated to the Solana ecosystem.

Wanchain is a decentralized wide area network of blockchains as well as an L1 blockchain. The platform employs Galaxy Consensus, a Proof of Stake consensus algorithm that employs a number of cryptographic mechanisms. DIA’s deployed oracles shorten developers’ time to market on Wanchain and provide them with the tools they need to enable their dApps.

Fuse is a blockchain-powered decentralized platform that aims to enable genuine mass adoption of crypto payments and DeFi. Currently, the network has powered over 100 million transactions from over 1 million wallets. DIA’s oracles assist in powering Fuse with use cases such as stablecoins, staking, yield farming, and so on.

Telos is a third-generation blockchain platform that enables the development of fast, scalable distributed applications with feeless transactions. The platform is the first EOSIO-based blockchain that supports EVMs. DeFi developers on Telos can now use DIA’s extensive data feeds, thanks to the availability of DIA’s data and Oracle infrastructure on the layer 1 blockchain.

CLV is a Substrate-based L1 chain that is EVM compatible and thus interoperable across chains. It can take advantage of the extensive functionalities provided by Substrate rather than having to build them from scratch. CLV is a one-stop platform for cross-chain and decentralized applications designed for the next 100 million crypto users. In 2022, DIA became the primary Oracle provider for the CLV ecosystem.

OKC is a Cosmos-based L1 blockchain network that aims for maximum interoperability and performance. the platform is completely IBC and EVM-compliant, with extremely low costs and transaction speeds of up to 5000 TPS for contract interactions. DIA joined the OKC ecosystem by putting its data and Oracle infrastructure on the Layer 1 blockchain.

Velas is a smart contract platform for the third generation that supports Solidity and the EVM. The platform competes not only with traditional EVM blockchains, but also with their Layer-2 scaling solutions, thanks to low-cost gas prices, quick block times, and a speed that can handle 75.000 TPS. End-to-end oracle services from DIA are now available to Velas blockchain developers.

At the trade level, DIA’s data is sourced directly from a wide range of on-chain and off-chain sources. This enables DIA feeds to be fully customized in terms of source mix and methodology, resulting in tailor-made, high-resilience feeds and establishing a new paradigm for Oracles.