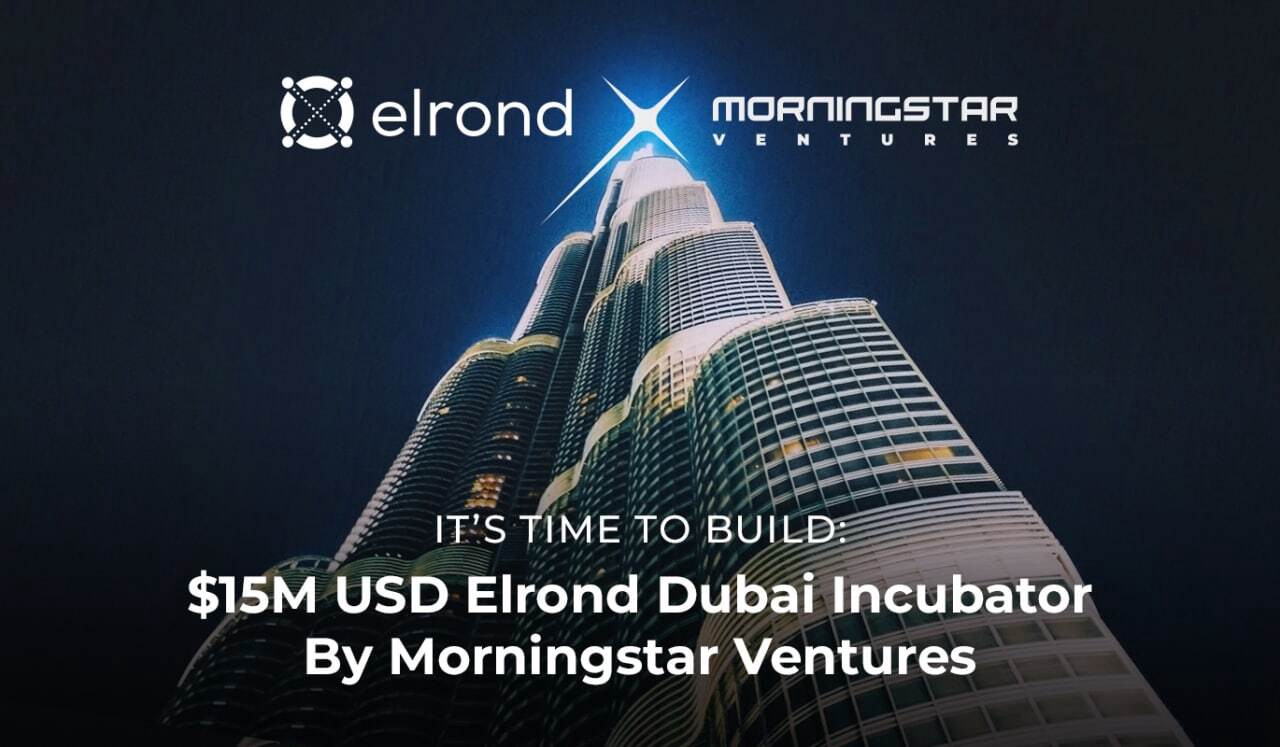 Their story with Elrond started several years ago.

In 2018, Danilo S. Carlucci, (Morningstar Ventures’ Co-Founder and Chief Investment Officer) met Beniamin Mincu (Co-Founder and CEO of Elrond Network) during Ethereum’s Devcon event that took place in Prague that year. The two of them bonded over common ideas on the blockchain space, and when a couple of months later Beniamin started fundraising for Elrond, Danilo became one of the project’s first angel investors. Danilo eventually became an advisor to the project and has been an evangelist of the Elrond project ever since.

Over the last few years Elrond has amassed a huge global community and pushed the boundaries of smart contracting platforms via its unique state-sharding approach, enabling its network to process transactions at unparalleled speeds. Fuelled by demand for the strong technological fundamentals and further amplified by the capped supply with strong store of value properties, the market cap of Elrond’s utility token EGLD soared past 5 billion USD.

Today, nearly 3 years after our Co-Founder’s first mutual engagement with the Elrond project, they are very excited to announce that they are taking their commitment towards the Elrond ecosystem to the next level, and will be investing $15 million USD fund into Elrond related initiatives and exceptional projects building with Elrond technology. The overarching goal is simple: provide strategic and financial support to founders and developers building products on Elrond.

So how is this going to work? Well, they are going to focus on several objectives which they are looking to roll out step by step over the coming months:

“It has been incredible to observe how the unique combination of vision, talent and execution capabilities enabled Elrond to outperform much bigger and way better funded teams.
Their rapidly evolving internet-scale blockchain technology is perhaps the most advanced in the space, which creates an asymmetric opportunity for Elrond to rapidly catch up with — and perhaps even surpass — the biggest blockchain ecosystems. We’re thrilled to take this opportunity and build alongside the hardest working team and most engaged community” said Danilo S. Carlucci, Morningstar Ventures Co-Founder and Chief Investment Officer.

That being said, going forward they will be more active here on Medium and keep updating they community with further infos on why #WeBelieveInEGLD!

Coming soon in November: their in-depth analysis of the current stage of the Elrond Ecosystem.

Elrond is the internet-scale blockchain, designed from scratch to bring a 1000-fold cumulative improvement in throughput and execution speed. To achieve this, Elrond introduces two key innovations: a novel Adaptive State Sharding mechanism, and a Secure Proof of Stake (PoS) algorithm, enabling linear scalability with a fast, efficient, and secure consensus mechanism. Thus, Elrond can process upwards of 15,000 transactions per second (TPS), with 6-second latency, and negligible cost, attempting to become the backbone of a permissionless, borderless, globally accessible internet economy.

Morningstar Ventures is an investment firm backing ambitious ideas by early stage founders. Based in Dubai, Morningstar Ventures focuses primarily on the blockchain and digital assets space and is is led by Chief Investment Officer Danilo S. Carlucci. The firm is active in both token investments and equity investments, and has a particularly strong focus in the Elrond ecosystem.