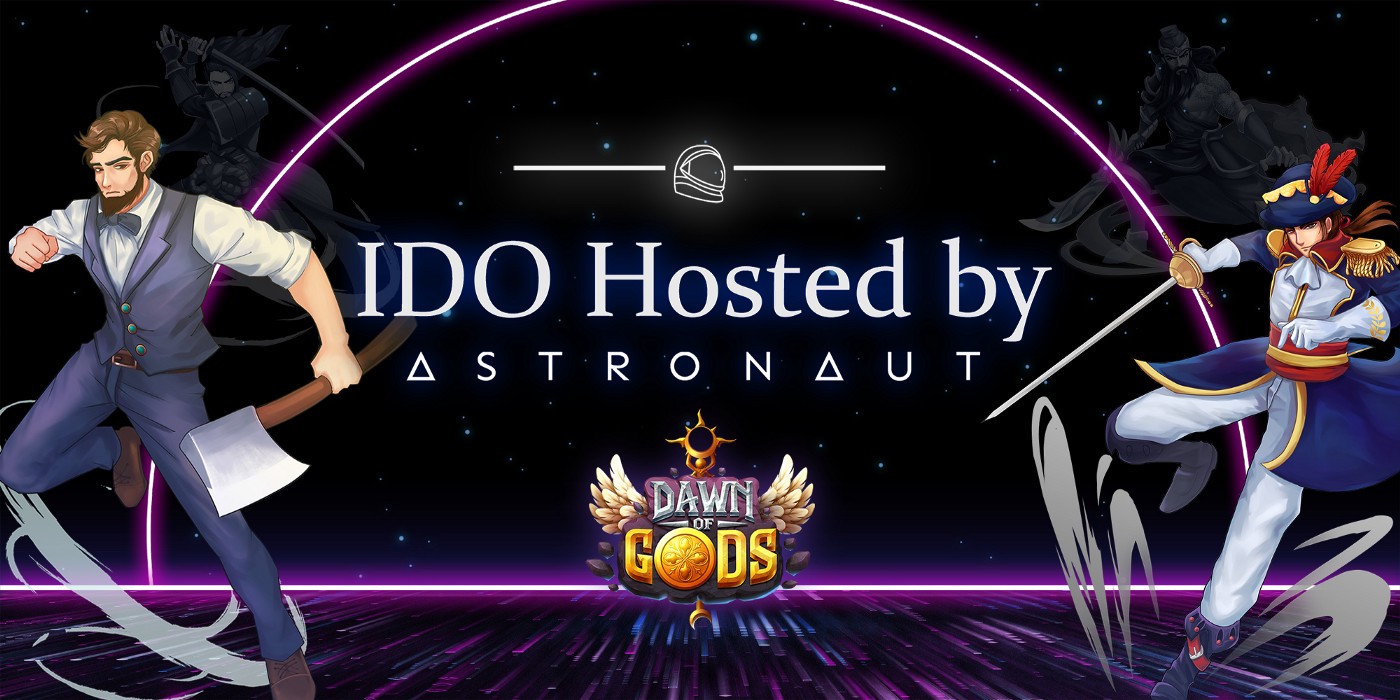 Astronaut is proud to announce its next IDO for Dawn of Gods taking place on Janurary 11th at 3PM UTC!

“Dawn of Gods is a blockchain-based game. The game revolves around the holy-war battle between humans, gods, goddesses and the evils to bring back peace to human lands. Dawn of Gods not only provides a standard click-to-earn game play, but also implements multiple features, which are carefully researched to enable players to explore and enjoy the game. They aim to give players the best experience by creating a fun and competitive gaming environment, while still providing one of the best revenue models for players to earn.

Dawn of Gods is also the first game that introduces the Gas compensation model for the player. Users now are less worried about running out of gas fee and cannot play the game anymore while playing Dawn of Gods”

NFT Heroes are the main NFT of the game. Every player has to possess at least one hero to participate in the game.

Each account (wallet) can hold a maximum of five heroes

The price to mint character is $200 and will be calculated in $DAGO at the time player recruit the hero. The price also displayed right above the “Recruit” button in the game

There are three types of combat in Dawn of Gods. Each of them has unique features and reward mechanisms. Players need to use their Hero to join the combat.

👉Minimum contribution per wallet: No minumum

✅ALL THE WHITELIST WINNERS CAN CONTRIBUTE FROM 3:00 PM UTC TO 3:30 PM UTC. (Guaranteed allocation.)

✅ANYONE HOLDING A $NAUT TIER IN WALLET CAN CONTRIBUTE FROM 3:30 PM UTC TO 4:00 PM UTC. (FCFS, allocation not guaranteed.)

✅ONLY HAPPENS IF HARDCAP DOESN’T FILL IN ROUND 2. REMAINING $DAGO WILL BE PUT ON PUBLIC SALE FROM 4:00 PMUTC TO 5:00 PM UTC. (FCFS, no NAUT required, anyone can participate.)

💰CLAIMING & LISTING will happen simultaneously at [exact time TBA]. $DAGO will be listed on PANCAKESWAP.