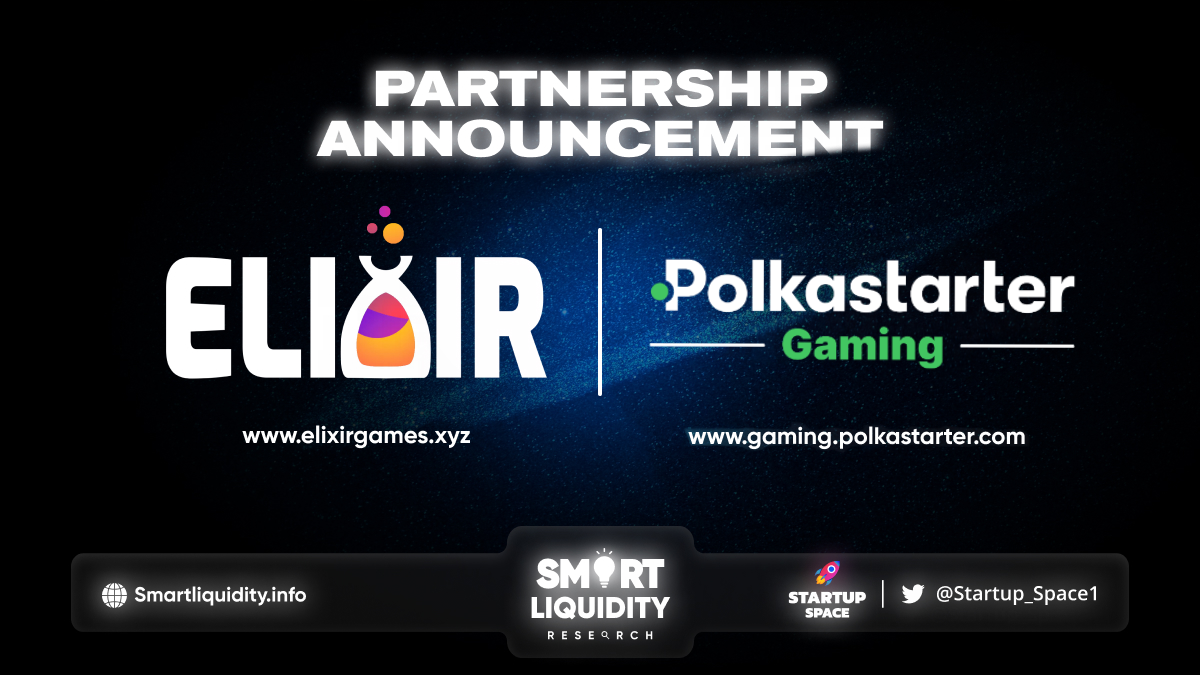 Elixir has partners with Polkastarter Gaming, an integrated blockchain gaming ecosystem by gamers that is powered by Polkastarter, to Power Next-Gen of Web3 Games.

Polkastarter and Elixir will work together to identify and support best quality web3, fun-first games, and to provide them with the best possible launching and distribution tools, as well as to offer incubation, integration and marketing services for games on both platforms.

The goal is using complementary sources and abilities to boost high adoption of new +AA titles that are showing up in the market recently, regardless of their infrastructure. Both Polkastarter and Elixir are cross-chain platforms, select titles by their quality and success potential and have similar long-term vision on how to achieve massive adoption of new web3 games.

Elixir welcomes Polkastarter Gaming as a member of the Elixir Partner program, to bring access to quality content from games in Elixir.

This partnership is set to cultivate community growth through both content accessibility when Elixir Partners go live on Twitch or Twitter Spaces. Elixir & Polkastarter may share their network of partners to maximize the benefits of each project on marketing, strategic operations & growth.

Polkastarter Gaming is the web3 fundraising platform’s first step at reimagining the future of blockchain gaming by lowering the barrier to entering the play-and-earn space for web3 & traditional gamers alike.

Polkastarter Gaming Guild (PGG), among the first to directly launch, advise and incubate games, has received over 5,000+ scholarship program applications since its launch in December 2021, & is en route to creating a gaming hub housing the top blockchain games with an active community of over 70,000+ gamers on Discord, and 30,000+ on Twitter.

Visit the alpha version of their upcoming gaming platform that acts as your home of web3 gaming — highlighting games in the space, game reviews, events, news and much more: polkastarter.gg

Polkastarter is the leading decentralized fundraising platform enabling crypto’s most innovative projects to kick start their journey and grow their communities. Polkastarter allows its users to make research-based decisions to participate in high-potential IDOs, NFT sales, and Gaming projects.

They aim to be a multi-chain platform and currently, users can participate in IDOs and NFT sales on Ethereum, BNB Chain, Polygon, Celo, and Avalanche, with many more to come.
Learn More

Elixir Games is one of the pioneers in the web3 gaming distribution infrastructure & blockchain gaming sector, with initial titles such as Light Nite and Monstropoly. Incorporated in 2018.
The company’s core business operates via the Elixir Game Platform, where the next generation of web3 game studios can access a complete range of services to ensure successful game launches: from co-marketing (via airdrops, tournaments and game events) to distribution (via the Elixir launcher), full distribution services to enhance gameplay, marketing, tokenomics, security and much more.