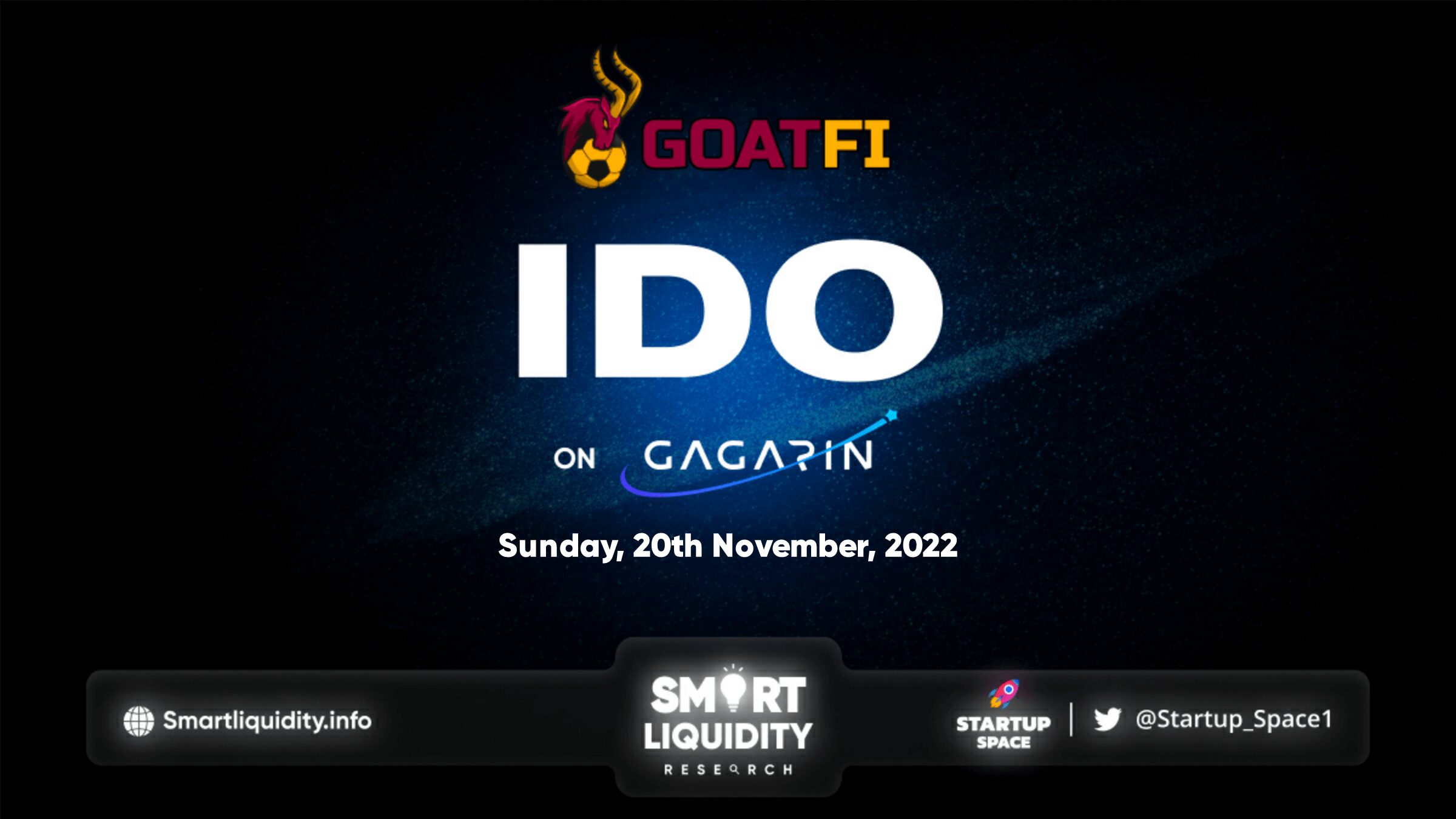 GoatFi is super excited to announce its upcoming IDO on GAGARIN Launchpad, which would take place this month (20th November, 2022).

GoatFi is a football card game platform combined with NFT and SocialFi, in which users act as owners and general managers of their own virtual soccer team.

Gameplay on the GoatFi platform is tied to the ownership of NFTs with data from real world football players. Using the sweepstakes a Gacha player buys random players cards, of which he or she has to make a team of 15 people. The strength of the team is determined by the skills of the players, but those of the key players (captain and co-captain) are particularly important. The qualities of the players can be strengthened by boosting the character, stacking the same cards, etc.

Moreover, one can make bets in the game, including on events from real football. For example, it can be the upcoming World Cup in Qatar. For this championship the game has its own version of Gacha-machine, with the help of which you can get exclusive players of the tournament. All NFT cards are divided into five groups according to exclusivity: ordinary, non-ordinary, rare, epic and legendary.

The platform supports two game modes – PvE with artificial intelligence and PvP tournaments with other players.

Taking into account the upcoming World Cup, GAGARIN dares to suggest an increase of interest to the football theme in the world, and to GoatFi in particular, in the near future

The GAGARIN launchpad is an expert platform for launching cryptocurrency projects and conducting IDOs.

GoatFi is a football card game platform combined with NFT and SocialFi, in which users act as owners and general managers of their own virtual soccer team.