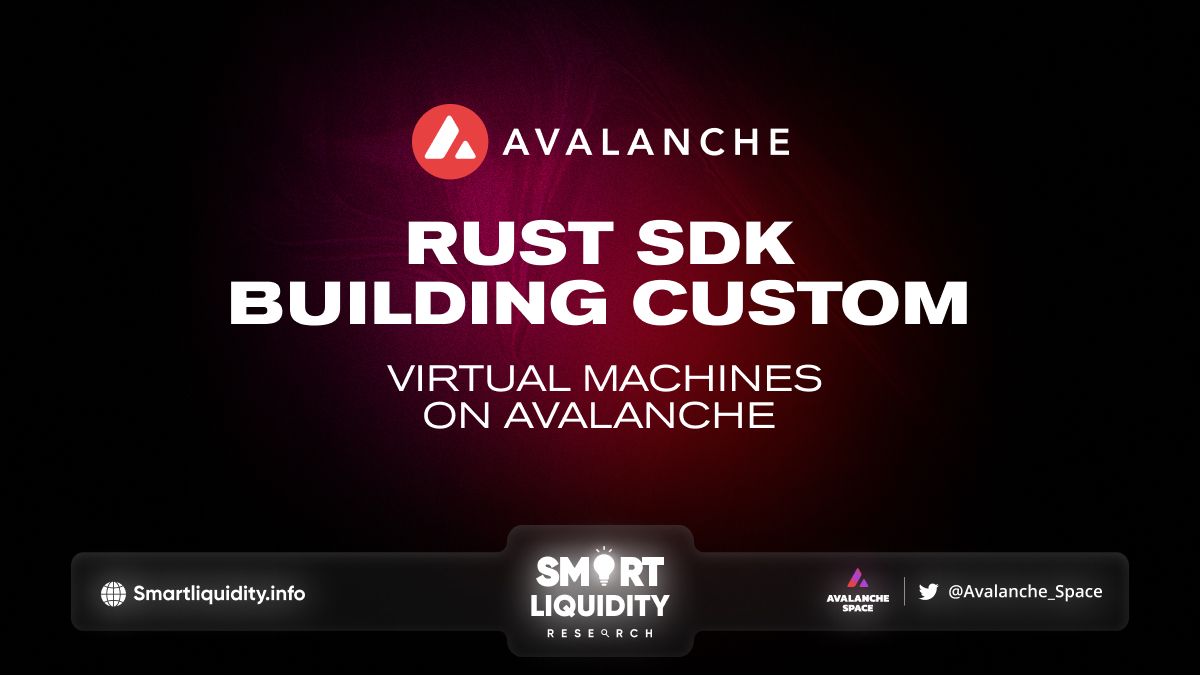 The Rust SDK Costum Avalanche Virtual Machine as an alternative to using Golang, you can instead use Rust to launch your own blockchain on an Avalanche Subnet.

Primer: Building Your own Blockchain on Avalanche

To create your own blockchain on Avalanche, you need to first write your own Virtual Machine (VM). VMs define the logic that your blockchain will run and are capable of doing just about anything as long as it implements the Protocol Buffer (protobuf) interface exposed by AvalancheGo, which will communicate using this interface over gRPC.

gRPC and protobuf offer consistent object representations, boosting system understandability. This communication mechanism lets developers construct VMs in any language that supports gRPC and protobuf. They have SDKs for Golang and Rust but want to add more.

AvalancheGo is a plugin server client, and the virtual machine supports gRPC interfaces. Let’s take a look at an example in the `VM` service, initializing the VM:

For example, `avalanche-ops` uses the Rust SDK to automate subnet installation on the cloud, and perform load tests using AWS KMS to sign transactions. The Rust SDK is published on crates.io.