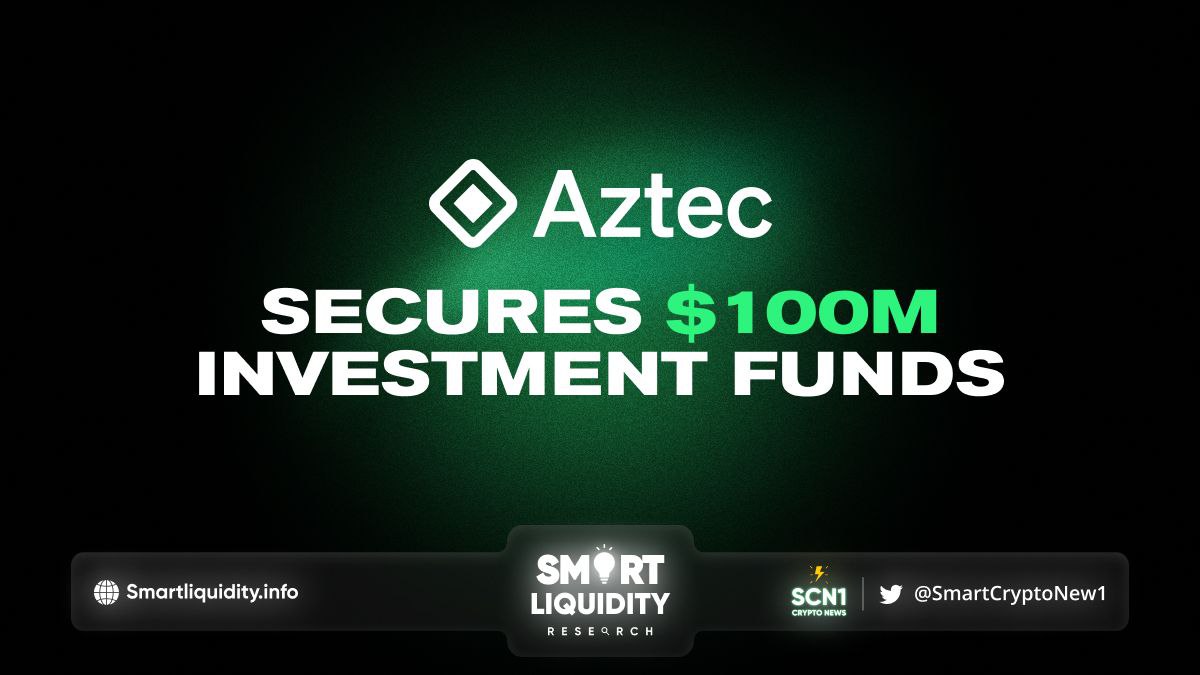 The Aztec goal is to take the original promise of Ethereum–a decentralized and verifiable world computer–and expand its capability immensely by making it fully encrypted.

Why is encrypting Ethereum such a big deal?

Transparency, after all, is why Ethereum is so powerful, auditable, and secure. It’s core to the transformational impact of Ethereum’s innovation: transparency begets verifiability. But in the current public blockchain paradigm, users and entities unknowingly broadcast data to the public, compromising privacy and security to get trustless.

Not only are unencrypted blockchains inherently privacy-exposing, but they also require significant redundancy to compute and verify the legitimacy of transactions.

Aztec is building blockchain encryption without trade-offs. Its partnership with a16z will fund the development of a next-generation encrypted architecture. Allowing users to verify that blockchain rules were followed correctly without revealing any underlying information. Aztec’s architecture enables blockchain applications to be verifiable, trustless, and secure.

“What we’re building is a revolutionary piece of technology that transforms how we interact with each other online, in which the end user is the customer, rather than the product. End-to-end encrypted blockchains protect individuals, obviating the need for centralized financial systems.”— Zac Williamson, CEO

The New Architecture of Encryption

Aztec’s advanced cryptography has already been battle-tested in production with Aztec Connect, powering hundreds of thousands of transactions. Through Aztec Connect, DeFi protocols can integrate privacy without forgoing interoperability.

Aztec is now developing a completely new public-private execution layer secured by Ethereum, allowing for the seamless interplay of encrypted and unencrypted applications, all on our own blockchain.

“From PGP and SSL to end to end encrypted messaging, we rely on encryption in our daily lives for businesses and commerce to thrive. With a16z we are standing on the shoulders of giants to bring the encryption we have enjoyed since Netscape to our digital Web3.0 lives. We couldn’t think of a better partner to help us scale Aztec to mainstream.”—  Joe Andrews, Co-Founder

A new financial system on decentralized payment rails is only possible with encryption. With encryption, intermediaries will have no access to user data, which remains with users; enterprises can conduct business activities confidentially; developers can create zero-knowledge programs and games that selectively reveal and revoke access to information.

“Encryption and privacy will be essential for blockchains to gain widespread adoption, and Aztec is laying that foundation with innovative products like Aztec Connect and Noir,” said Ali Yahya, general partner with a16z crypto. “Zac and Joe are insightful and driven technologists, and we’re incredibly excited to lead this round and help their incredible team pursue their goal of building fully-encrypted Ethereum.”— Ali Yahya, General Partner, a16z crypto