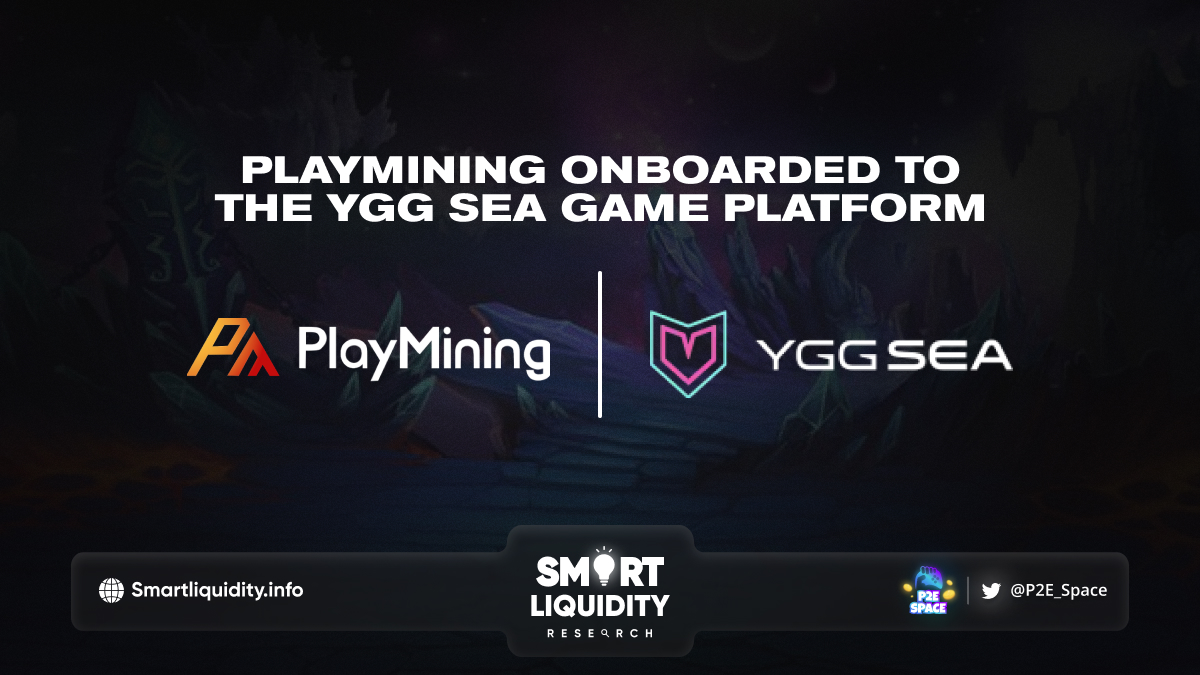 The partnership, which was officiated on November 18 at the Philippine Web3 Festival in Manila — a conference that DEA was an official sponsor of — will see the two companies work together to expand and promote the GameFi market in Southeast Asia.

As part of the partnership, the entire PlayMining NFT game catalog will be onboarded to YGG SEA’s game platform. DEA and YGG SEA will also cooperate on joint marketing and promotional activities for PlayMining’s services in Southeast Asia, including reaching out to people who have yet to experience GameFi through online and offline events.

The two companies will also collaborate in charity activities in impoverished areas across Southeast Asia, raising awareness of the social and economic impact that digital asset ownership can offer and laying the groundwork for the spread of GameFi in the region. The partner companies already joined forces in October. To deliver lunch boxes to impoverished areas in Indonesia, and plan to collaborate on similar joint efforts in the future.

YGG SEA was launched as the first subDAO of the world’s largest DAO (Decentralized Autonomous Organization) gaming guild YGG, with a global expansion strategy focusing on Southeast Asian countries including Singapore, Indonesia, Thailand, Malaysia, Vietnam and Myanmar. YGG SEA currently offers eighteen Web3 games, with five PlayMining games soon to be added onto the platform. The company’s mission is to guide new scholars from Southeast Asia. To safely navigate the Web3 space through a range of grassroots activities, including localization and charity.

The PlayMining GameFi platform includes the NFT game titles Job Tribes, Cookin’ Burger, Menya Dragon Ramen, Graffiti Racer and Lucky Farmer, which all appeal to casual gamers. The platform is also home to the PlayMining NFT marketplace, which hosts NFTs for all of their games. As well as artwork from some of the most acclaimed creators in the Japanese video game and anime industries. PlayMining Verse, a metaverse platform, is also under development.

In addition to creating economic opportunities for impoverished people. PlayMining is dedicated to assisting independent game studios with intellectual property (IP) monetization. Small game development companies lose a great amount of value to distribution channels and other stakeholders. The largest distributors such as Apple, Nintendo, Playstation and Microsoft notoriously take a whopping 30% cut. Making it hard for independent IPs to be efficiently grown on multiple channels. On the other hand, third-party studios who launch NFT games on PlayMining pay much more reasonable fees and have access to the PlayMining NFT marketplace, the upcoming PlayMining Verse platform and Japan’s only P&E token, providing multiple ways for new IPs to be monetized.

PlayMining is a GameFi and metaverse platform that empowers creators. Who would otherwise benefit very little in the traditional IP creation industry. The PlayMining platform is a new business model for content creation, featuring an NFT Marketplace. Powered by the PlayMining DEAPcoin ($DEP), paired with an NFT gaming and Metaverse platform. Featuring both in-house games as well as third-party projects with their own native tokens that allow creators to capture nearly all of the value they create, the PlayMining platform has 2.6 million users and a catalog of P&E game titles including Job Tribes, Cookin’ Burger, Menya Dragon Ramen, Graffiti Racer and Lucky Farmer.

YGG SEA, the first subDAO of Yield Guild Games, is a decentralized autonomous organization for acquiring and managing NFTs used in the metaverse. Our mission is to create the biggest and most sustainable play-to-earn virtual economy in Southeast Asia. YGG SEA is a founding member of the Asia Blockchain Gaming Alliance.