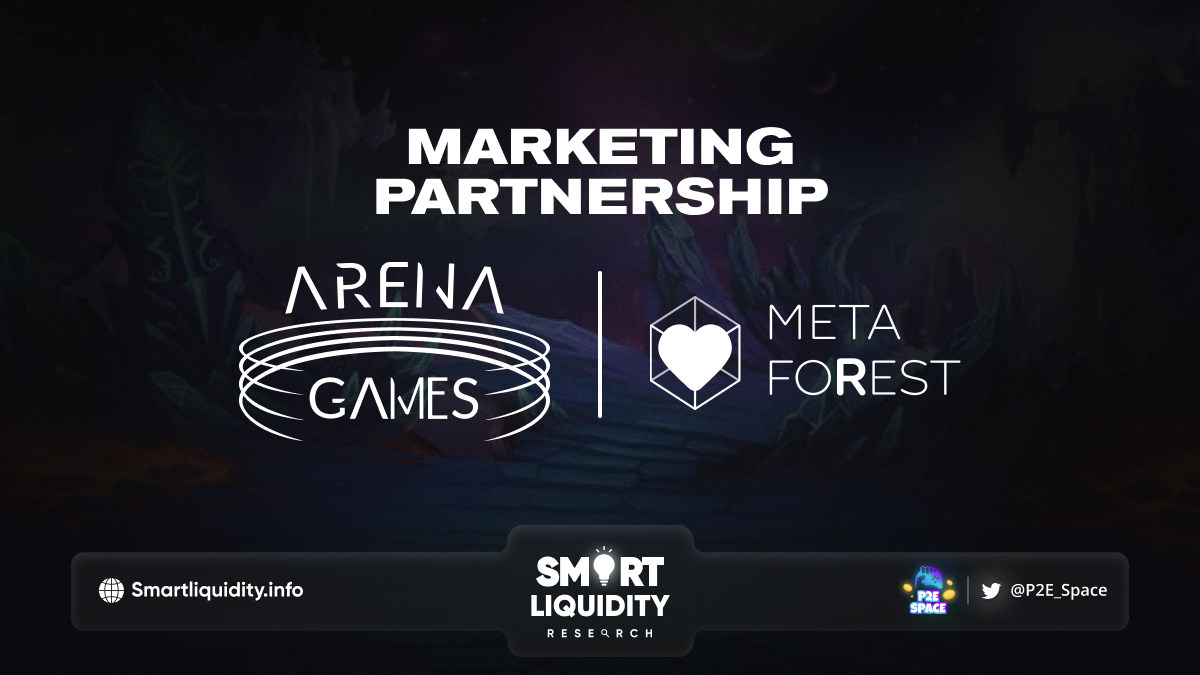 Arena Games is delighted to announce their partnership with MetaForest, the first cross-chain Realverse project with DO & EARN mechanics aimed at engaging users in the blockchain.

This collaboration with such a project with great utility as MetaForest will be a significant step forward in Arena Games development. MetaForest will be adding immense value to their project by helping with promotion and marketing services. The collaboration between Arena Master and MetaForest will also leverage the strengths and expertise of both organizations in order to offer a wide range of products and services that meet the needs of the ever evolving blockchain and gamefi industry.

MetaForest is the first cross-chain Realverse project with DO & EARN mechanics aimed at engaging users in the blockchain.

MetaForest is a virtual world where you can play mini-games, hold meetings, conferences, and so on right from your mobile phone. With its integrated blockchain technology, MetaForest allows any NFT to become easily cross-chain. And appear inside their gaming apps and their partner’s apps.

MetaForest is based on the concept of developing and upgrading your NFT being directly related to your real-world activity. Now doing sports will not only be associated with a healthy lifestyle. But also with the ability to earn tokens ($Carrot) for your bunny.

MetaForest has connected all the dimensions into a single universe of Worlds for a reason, as each of them important. And necessary for the proper development of MetaForest friends and for increasing the number of involved people.

Arena Games is a Web 3.0 multiplayer mobile games platform built to connect developers and players in a simple and safe mode.

Using the platform, game developers can integrate their SDKs and smart contracts for NFTs and digital assets into their games. Arena Games platforms also provide an NFT Marketplace. And all the tools needed by developers to set up a sustainable circular economy for their games.

Arena Games’ tools and solutions will help lower adoption barriers in an underserved blockchain-based “mobile gaming” industry. By initially focusing on mobile-first PvP games. Through capitalizing on Arena Games’ innovation, anyone can play, create, sell, and buy on the blockchain, even from low-end devices. By creating new opportunities for all, Arena Games aims to be a pacesetter in Web3 and lead the way into the future of blockchain gaming.