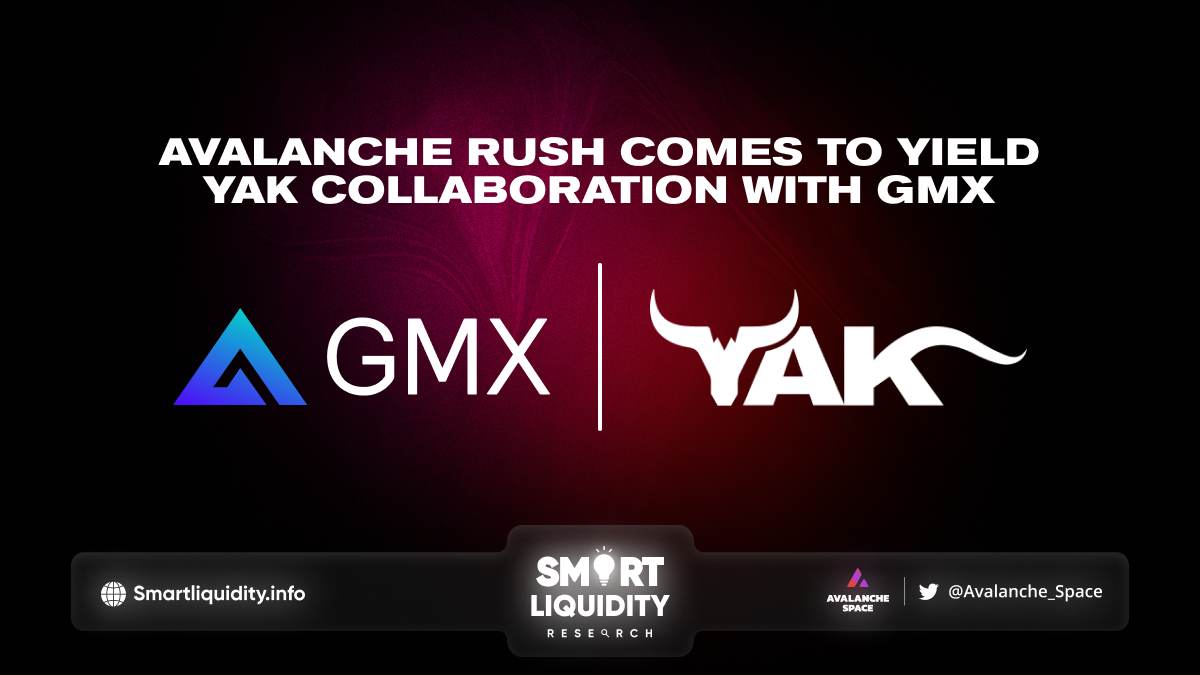 Yield Yak Collaboration with GMX up to $100k in AVAX Avalanche Rush rewards.

Avalanche’s top two DeFi protocols, Yield Yak and GMX, have announced a number of partnerships that will assist both ecosystems develop and better synchronize the two communities going forward.

Launched in August 2021 by the Avalanche Foundation as a liquidity mining incentive program, Avalanche Rush aims to expand the Avalanche Ecosystem, with $4 Million in AVAX allocated to support GMX. Via this allocation, Rush is arriving at Yield Yak with up to $100k in AVAX rewards for its GLP vault.

Depositors will get rewards proportionately over four months. The vault’s 7-day average TVL will decide the month’s prizes. Avalanche GMX traders profit from TVL milestone rewards, which drive GLP development throughout the ecosystem.

Yield Yak’s GLP strategy was the first of its kind, with a strategy to continuously stake esGMX in perpetuity in order to maximize GLP rewards for all depositors.

Specifically, here’s how it works:

Yield Yak’s GLP vault depositors get esGMX without vesting it, increasing their GLP payouts (which requires staking a significant amount of GMX).  The method benefits GMX and Yield Yak users.

GMX is a permissionless and decentralized exchange system that provides a capital-efficient on-chain alternative for hedging Bitcoin, Ethereum, and AVAX.