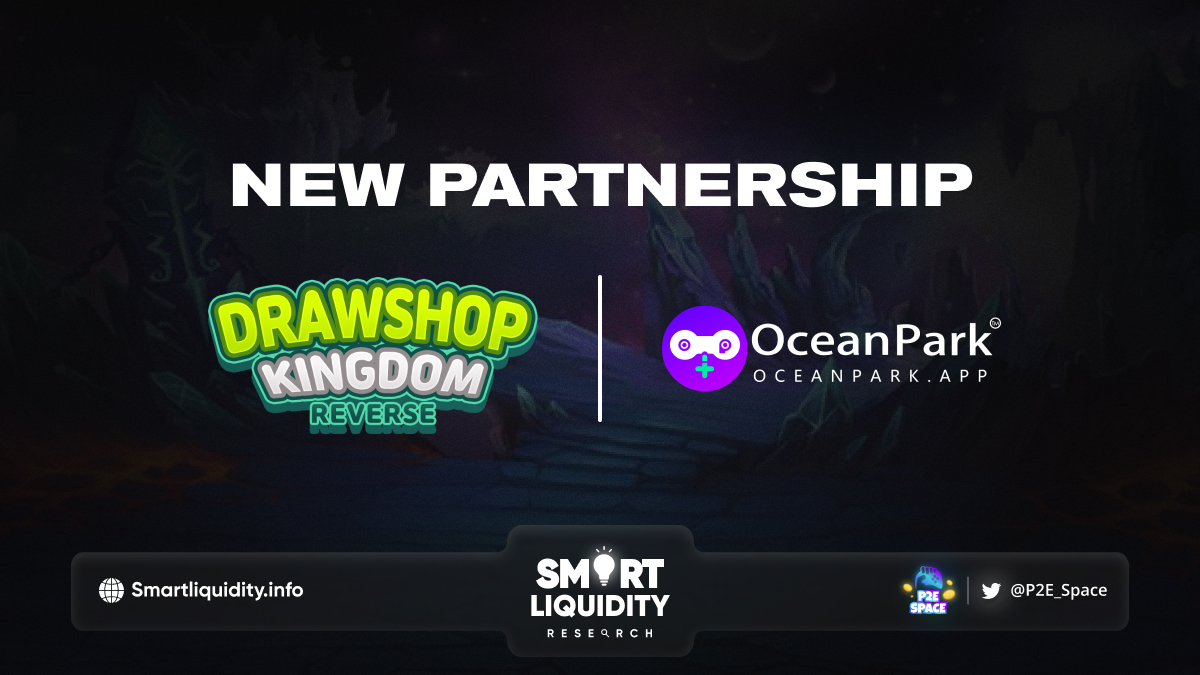 DKR is currently being funded by Krust Universe, the global investment arm of Kakao. Their project is led by world-class game developers, game directors. And blockchain developers from well-known companies such as KRAFTON and PATI games.

OceanPark is committed to introducing more than 1 billion new users to web3. Since launched on Nov. 8, 2022, OceanPark has an average of 7,887 new token holders per day. Ranking NO.1 in terms of daily new users and token holding volume in the #Aptos ecosystem.

Together, they hope to create a strong synergy in providing its users with various experiences and collaborative events by fostering a metaverse ecosystem.

Drawshop Kingdom Reverse is a P2E NFT-based game operated by DAO scheme. Strategically build your own drawshop using various NFTs and Pixel Arts and compete against other players to win $JOY tokens via PvP features. World Map will be the 2D-pixelized metaverse where there will be various events co-exist and also provide freedom for players to visit other player’s shop.

OceanPark is a WEB 3 gaming park built on Aptos, dedicated to introducing the world of Web3 to a diverse spectrum of everyday consumers. They plan to introduce more than 1 billion WEB3 users to APTOS.

It will put ADs and social entertainment content on various social media to attract a large number of users interested in web3 games to OceanPark. They provide users with more than 100 leisure games. Users can also choose their favorite ways to pass the time or play with friends on social media. In addition to experiencing the game, users will get various value rewards in the game. Users need to create wallets on Aptos to harvest rewards.