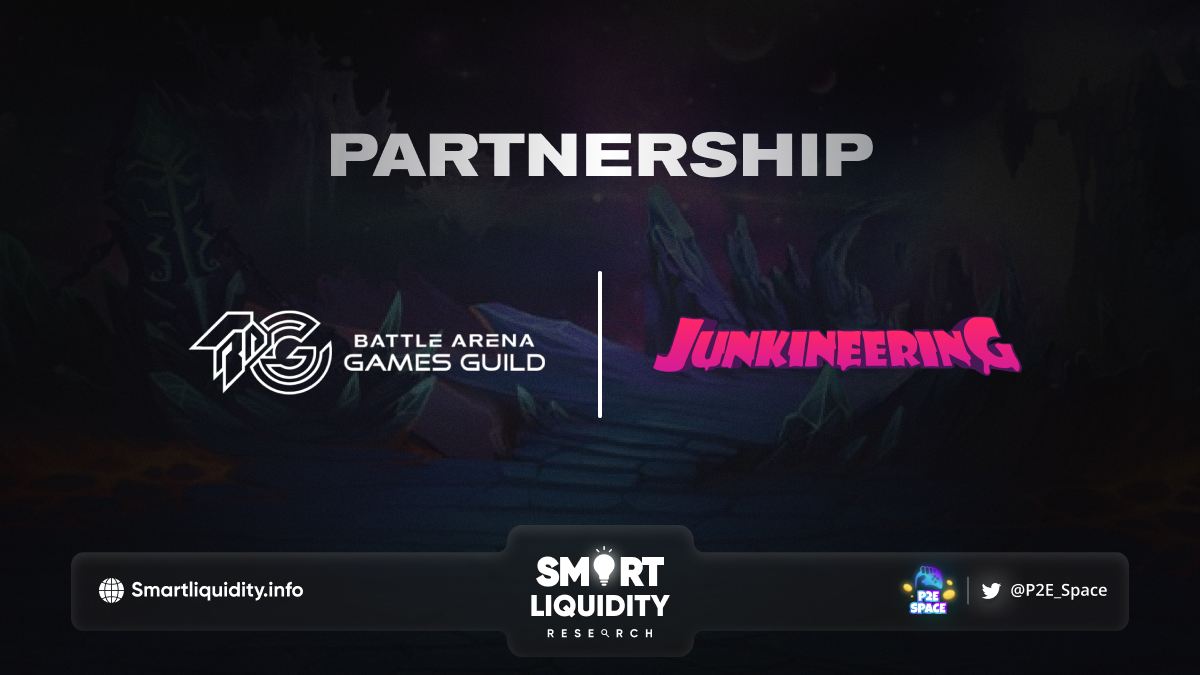 Battle Arena Games Guild is happy to announce that it has entered a partnership with Junkineering, a PVP story-based game with an outstanding Web3 economy and clan system.

They are thrilled to be working with Junkineering and believe this partnership will bring value to their members and the broader blockchain and Gamefi community.

Battle Arena Games Guild look forward to a successful partnership with Junkineering and the many opportunities it will bring.

Junkineering is an AAA game with Web3 economy. In its Metaworld, exciting gameplay is combined with NFT elements giving birth to a new trend of quality GameFi. With a strong tokenomy and NFT component, Junkineering also offers multiple opportunities for player earnings and in-game progress.

Furthermore, Junkineering is a universe of possibilities. Explore different lands, battle enemies and also other players, and collect and build your robot army to complete a team that can conquer and overcome all challenges. For people who are not interested to combat play games, trading and crafting mechanics is an alternative way to earn. Besides mining JNKI currency, players can craft NFT robots and upgrade them through quests, battles, and expeditions.

“In Junkineering we believe that first of all, games must be fun to play.”

Junkineering gives you not only exciting and quality gameplay with NFT components, but also an opportunity to earn.

Quests are the player’s primary route to JNKI mining. The player will receive a JNKI currency for completing all 10 missions at the end of each week.

Another equally important way to earn is to create and upgrade your own NFTs. As the game progresses, the player gathers a strong army of NFT robots, which can be sold on the Marketplace for ENGI token.

The BAGG platform is designed to be the ultimate one-stop GameFi destination for traditional and esports gamers, GameFi gamers, athletes, and KOLs to connect and also build the future of GameFi. BAGG empowers all stakeholders to contribute to and earn from the bridging of the two worlds.