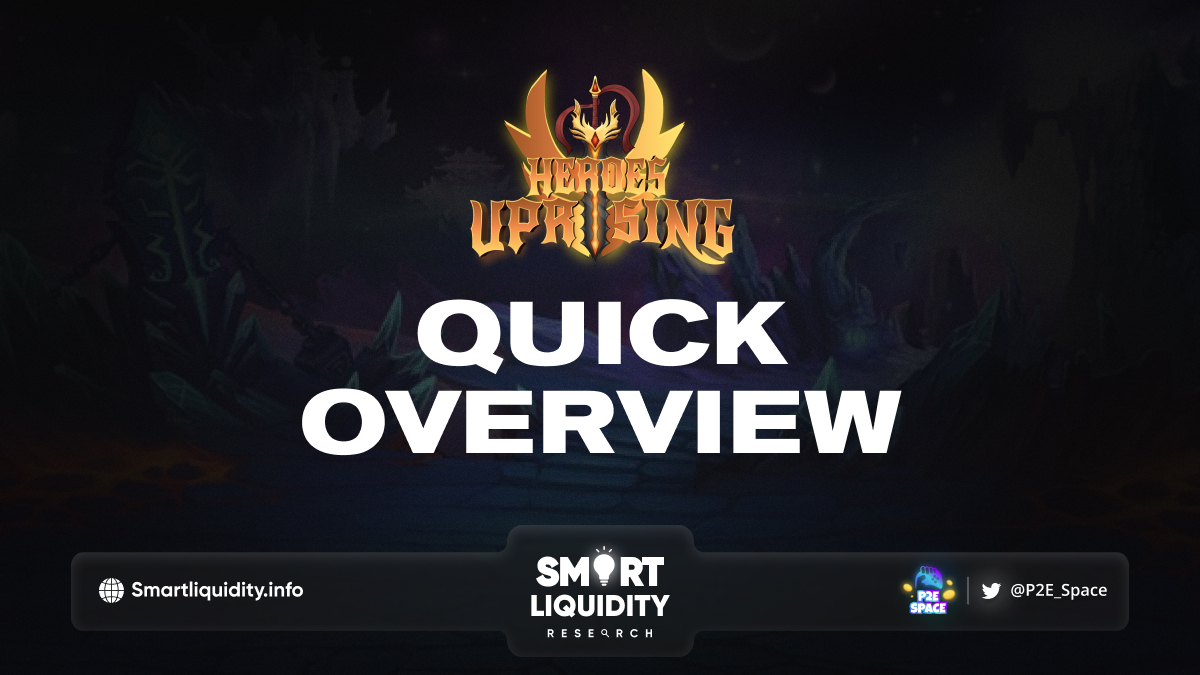 Introducing Heroes Uprising, a fantasy-themed Free-to-Play and Play-and-Earn turn-based RPG card game in which players can earn rewards through battling. The game is designed to reward players for their interactions via blockchain technology.

The Story Behind HEROES UPRISING

The Land of Honor, Fame and Glory. Mydoslene with its six surrounding elemental tribes. Monsters are indeed present in the land of Mydoslene, where heroes go in and out to fight these battles. Each tribe has their representative heroes. To forge weapons of fight and support, which aids them in battle. Theres more than just beating monsters and saving the land from chaos, there will also be battles for sport. To be acknowledged as the strongest heroes of their tribe. Earn shining medallions to show who’s the best fighter there is in the land of Mydoslene.

Players can earn rewards through:

Insignia (SGN), an ERC20 token, is the governance token for Zolas Labs that is used on Heroes Uprising. Having SGN allows its users the ability to vote on modifications to the project’s future, allowing them to have their voices heard. Staking is another way for holders to earn SGN. Insignia will be used also for purchasing Sword and minting Heroes. It is also a requirement for Forging Swords and Sprite Fusions.

Rare Amethyst Elixir (RAE) is a reward/utility token that can be obtained by exchanging it with Rare Amethyst Particle ( [RAP] an in-game currency), you can check the exchange rate here. This can also be used to purchase weapons and heroes at the marketplace.

You can sell or exchange your Rare Amethyst Elixir on decentralized exchanges and Aivuxe.

RAP is an in-game utility token that has no value in the market but can be exchanged for RAE. Exchanged rate may change every 00:00 GMT+8 server time. RAP is used for entering some dungeons in the game.