M3TACUP and Age of Tanks Partnership 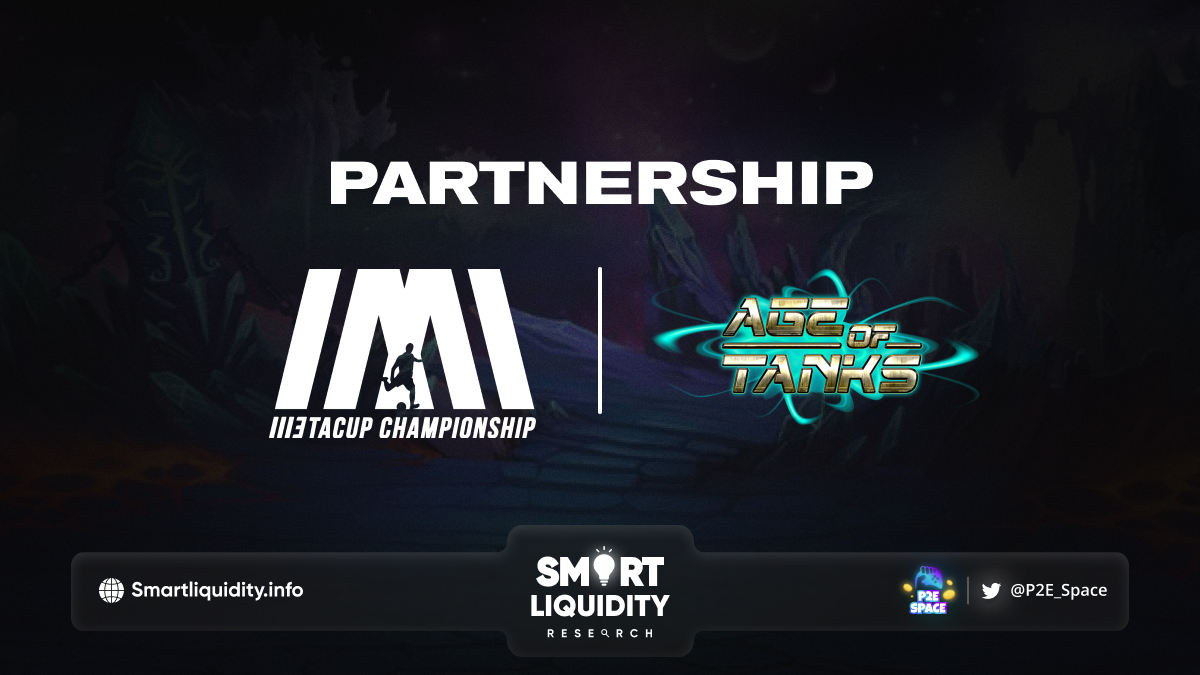 M3TACUP is thrilled to announce its partnership with Age of Tanks, a 3D turn-based strategy game, build and command your fleet of tanks to conquer Earth zero metaverse.

The ozone layer that protectively embraced the planet no longer exists. Exposed to harsh solar storms the skies rage with turbulent winds. This is an age without oceans, age without flight, an age where the fight for supremacy hinges on having the Ultimate Armored Vehicle.

For who controls the tanks control A.O.T. And who controls the A.O.T, controls the Metaverse! Mine resources, build your NFT tanks and defend your territory against thousands of other players that will try to outsmart you! Are you ready to Assemble, Outwit, Triumph?

AOT aims to bring the quality and depth of gameplay of true gamers to the crypto ecosystem. To bring the decentralised and rewarding mindset of true crypto entrepreneurs to the gaming ecosystem.

The team wants to create a gaming environment that will blast the boundaries of what has been done in gaming in the past, while providing gamers an NFT-gaming experience that is finally worth their time.

AOT wants you to be a part of their incredible and explosive Metaverse, and M3TACUP participants can now do so! Before entering their perilous planet, Champions will need to be equipped with their own battle-hardened Tanks. AOT has generously provided two limited rewards in the M3TAPASS system. A total of 100 Legendary Tank NFTs & 50 Mystic Tank NFTs as exclusive rewards for the first few participants! These rewards will be available on level 8 & 9 of the M3TAPASS.

AOT will also be hosting a challenge during the M3TACUP Championship to help bring in new champions to their Metaverse. M3TACUP participants will receive EXP Boosts to climb the ladder and be crowned M3TACUP Champions!

About Age of Tanks

The First Military Strategic Metaverse is where gamers build & command their fleet of tanks to storm the battlefields in their quest to conquer Earth Zero! The ozone layer that protectively embraced the planet no longer exists. Exposed to harsh solar storms the skies rage with turbulent winds. This is an age without oceans, without flight, an age where the fight for supremacy hinges on having the Ultimate Armored Vehicle.

M3TACUP is the first ever virtual and physical football tournament in the metaverse, a fun and engaging initiative where you can exercise, earn EXP and claim rewards!